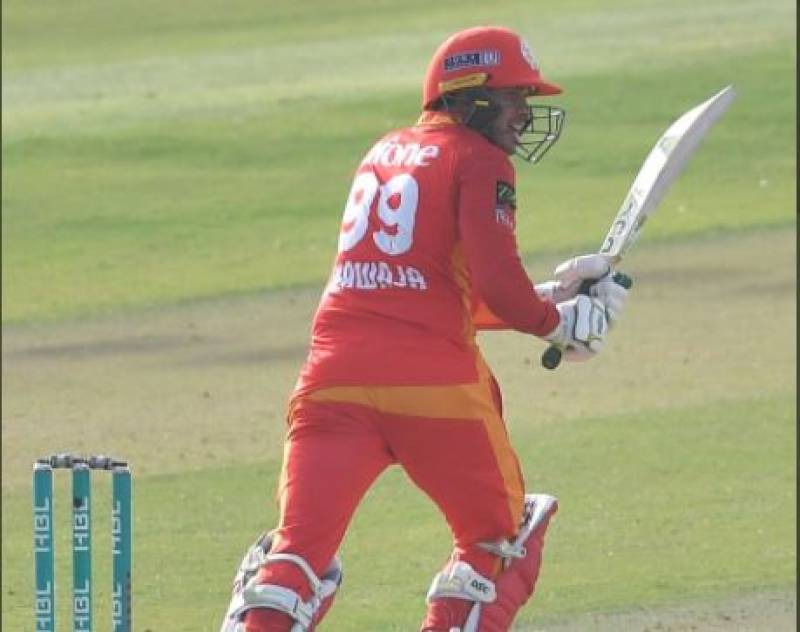 Chasing-down the all-time high total of 248 runs in the history of the PSL, Zalmi took a bad start as opener Hazratullah Zazai was sent to pavilion for duck by bowler Akif Javed.

Kamran Akmal smashed 53 off 31 balls, trying to drive the team out of pressure, before he was Hussain Talat in the ninth over.

Losing Imam ul Haq (7) in the early chase also served blows to Zalmi but Shoaib Malik put his full efforts to bag the victory as he made 68 runs from 36 balls.

When Malik was dismissed by Talaat in 17 overs, Wahab Riaz and Umaid Asif held the position but they failed to perform in front of the skillful bowling by Islamabad players.

Zalmi ended the innings at 232 runs.

With a brilliant performance by Usman Khawaja, Islamabad United have made all time high score in the history of Pakistan Super League, breaking their own previous record.

United set a mammoth target of 248 runs for Peshawar Zalmi in a must-win game of the sixth edition of the tournament on Thursday in Abu Dhabi.

Zalmi’s bowling line failed to jolt the determined opener Khawaja as he smashed an unbeaten 105 off 56 balls. Colin Munor made 48 runs before he was dismissed by Shoaib Malik while Asif Ali hit 43 runs off 14 balls.

Furthermore, Brandon King made 46 runs, helping the team to highest score in any domestic T20 tournament in Pakistani history.

No end to the records tonight! The highest score in any domestic T20 tournament in Pakistani history! #MatchDikhao l #HBLPSL6 I #IUvPZ pic.twitter.com/7ruI04LxRJ

Moreover, the second match for today will be played between Karachi Kings and Lahore Qalandars at the Sheikh Zayed Stadium in Abu Dhabi tonight.