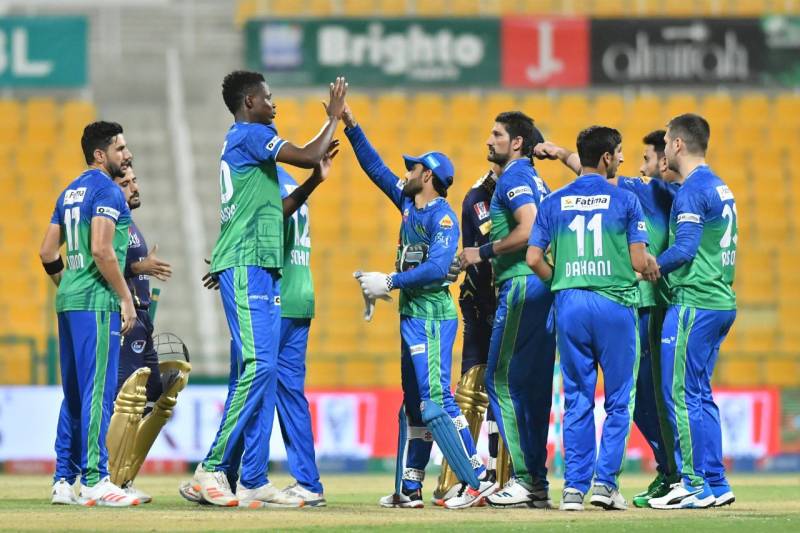 With an impressive batting by Shan Masood, Multan Sultans managed to build a solid target of 184 runs for Quetta Gladiators in the 25th match of the Pakistan Super League (PSL)’s sixth edition in Abu Dhabi.

Sultans took a good start as they lost the first wicket at 73 runs when Khurram Shahzad removed skipper Mohammad Rizwan for 21 runs in the ninth over.

The Multan team’s second player was dismissed by Zahir Khan in the tenth over when he sent Sohaib Maqsood to pavilion for five runs.

At that time, Shan Masood gave a push to the score as he thrashed 73 runs before he was dismissed by Hassan Khan in 14th over. Johnson Charles scored 47 runs and he was sent to pavilion by Shahzad.

Chasing that, Quetta could only make 73 runs – the second-lowest total in PSL history, after Lahore Qalandar's 59 in 2017 against Peshawar Zalmi.

Gladiators are now placed at the bottom spot in the Pakistan Super League 2021 points table with 2 wins and 6 losses from their 8 matches of the league. The team is with 4 points.

On the other hand, Sultans are placed at the 4th spot in the Pakistan Super League 2021 points table with 3 wins and 4 losses from 7 matches of the league. The team is with 6 points.

KARACHI – Peshawar Zalmi’s all-round performance powered them to a six-wicket victory over defending ...