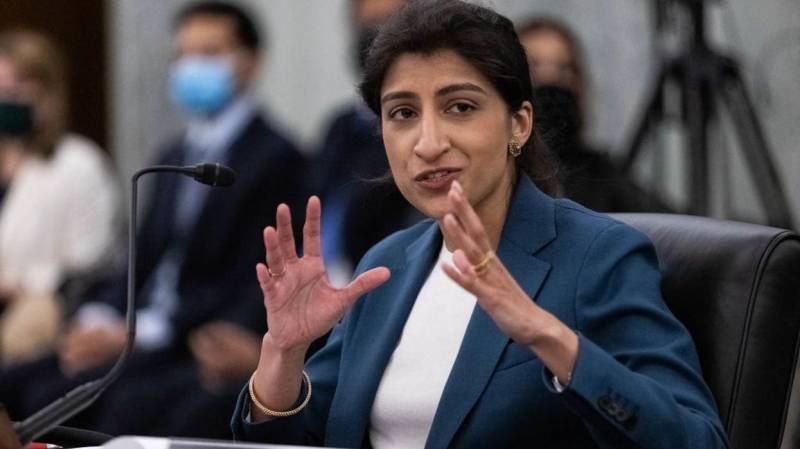 Reports in international media cited that the 32-year-old was sworn in as the FTC Chair hours after being confirmed by the Senate as one of the five members of the governing body while surpassing other nominees.

The role of Khan is a hugely potent one, which protects consumers from bad business practices and companies from unfair rivalry. Lina is a law professor at Columbia University who is an anti-trust icon on the monopolistic practices of big tech companies.

She also holds the title of being the youngest chair in the history of the federal antitrust watchdog.

Expressing gratitude over the appointment, the Pakistani origin American took to her official handle where she wrote ‘It’s a tremendous honor to have been selected by President Biden to lead the Federal Trade Commission, I look forward to upholding this mission with vigor and serving the American public’.

I’m so grateful to the Senate for my confirmation. Congress created the FTC to safeguard fair competition and protect consumers, workers, and honest businesses from unfair & deceptive practices. I look forward to upholding this mission with vigor and serving the American public.

US Senator Elizabeth Warren also complimented Lina on her appointment to the high chair. Lina brings vast knowledge and expertise to this role and will be a fearless champion for consumers, she remarked while discussing the ongoing crackdowns on tech giants in the United States.

American legal scholar was born in London to Pakistani parents who later migrated to the US when she was only eleven. She completed her schooling in the US and brought a lot of attention to the antitrust game with her exceptional achievements for working on the ‘Amazon’s Antitrust Paradox’ as a law student at Yale University in 2017. She later joined Columbia University Law School as a professor.

WASHINGTON – Dilawar Syed, a Pakistani-American, has been nominated by US President Joe Biden as the deputy ...

Khan helped to lay the infrastructure for a new means of practicing the antitrust laws while working as counsel to a House Judiciary antitrust panel. She also contributed to the probe of the market power of tech giants that had caused numerous problems for the American government.