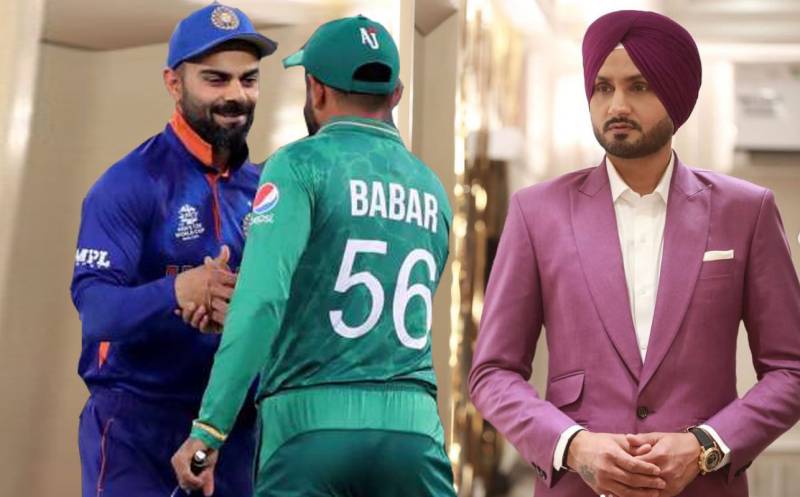 Former Indian spinner, who is known for being an outspoken analyst, refrained to comment on the much-anticipated game between rival countries after Men in Green made India bite the dust in the last encounter.

Singh, also known as The Turbanator, told a foreign sports publication that he won't be making any statements or predicting the winner this time. He mentioned that things went awry in last encounter.

#pakvind#T20worldcup
Fear of what happened last year? 😂
Harbhajan Singh has opted not to make any prediction before the match between India and Pakistan at the T20 World Cup in Australia later this year pic.twitter.com/ZPwOuaMBAS

Last year, the firebrand analyst, who even exchanged barbs online, predicted that Pakistan got no chance of winning the clash. “I told Shoaib Akhtar that there is no point in playing against us, give us a walkover instead. You will play against us, we will beat you and you will be disappointed. There is no point,” the former Indian cricketer had said.

The Pakistani side broke the jinx on them in style as Babar Azam and Mohammad Rizwan hammered Men in Blue by 10 wickets to claim a famous win over great rivals.