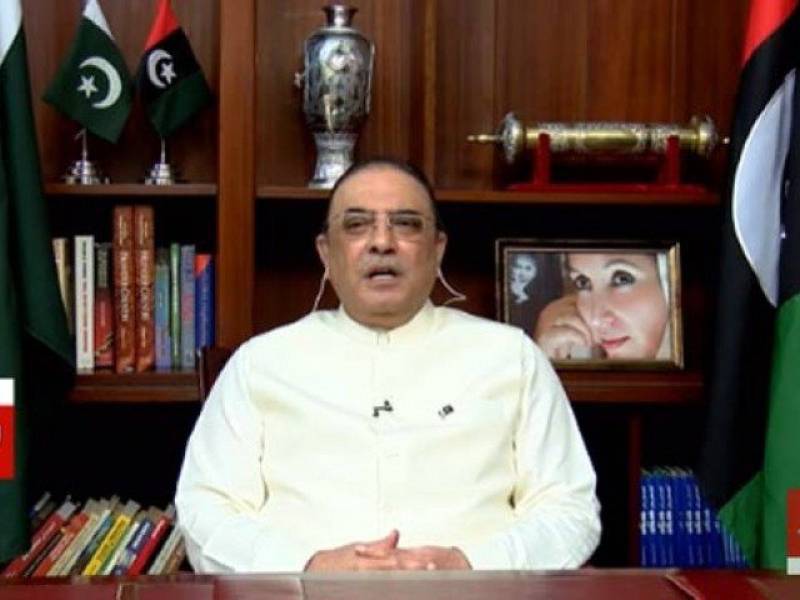 KARACHI - Former president and Pakistan Peoples Party (PPP) co-chairperson Asif Ali Zardari has kickstarted his career as a political analyst and he would be appearing weekly on Bol TV.

The channel took to Twitter to announce the new show, 'Pakistan Khappay with President Asif Ali Zardari'. The show was launched on March 19, and will be aired every Sunday at 9:30 pm.

In the first episode of the show, Zardari appeared live from Bilawal House, Karachi and responded to hard-hitting questions regarding current affairs and regional issues.

In his first appearance, Zardari expressed his concerns regarding non-appointment of foreign minister by the incumbent government.

"If the government does not have a foreign minister, then, I believe, there is no concern for Pakistan's position on the the global stage and the numerous challenges the country is facing," Zardari said.

Zardari took a jibe at premier Nawaz Sharif regarding multi-billion dollars Pak-China economic corridor (CPEC) and expressed that it was not a project of building roads.