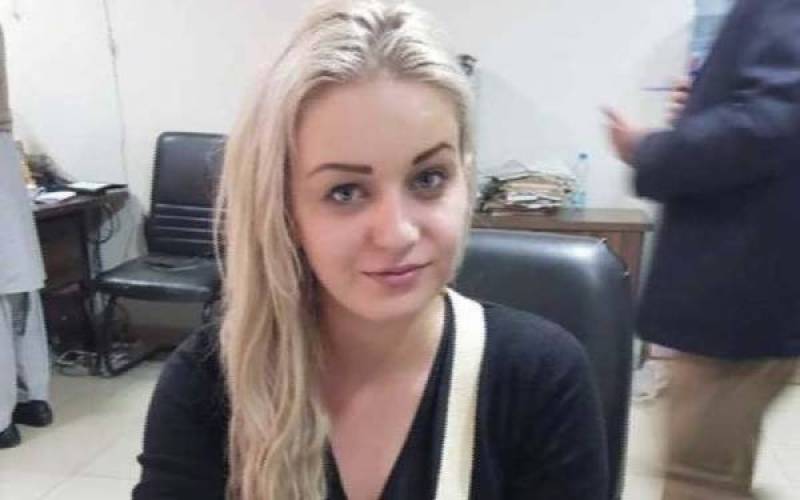 LAHORE - An additional district and sessions court on Wednesday awarded an 8-year sentence to to Czech Republic model Tereza Hluskova, who was arrested in a bid to smuggle heroin from Lahore to Dubai last year.

The court had reserved the verdict into the case on March 12.

Tereza was also fined Rs0.13 million, while her companion was freed.

During the pronouncement of the decision in the case, the deputy secretary of the Czech Republic Consulate was also in attendance in the court.

The 21-year-old professional model from the Czech Republic was arrested at Allama Iqbal International Airport on January 10, 2018, following her attempt to smuggle heroin from Lahore to Abu Dhabi – while on a three-month family visit visa to Pakistan.

In March 2015 authorities, acting on a tip-off, arrested Pakistani model Ayyan Ali at the VIP lounge of Benazir Bhutto International Airport in Islamabad on money laundering charges before she could board a flight to Dubai.

Under Pakistani laws, a citizen is barred to carry over $10,000 on a flight. However, the authorities had found $506,800 tucked in her luggage.

She was released on bail in July 2016 and her lawyer claimed she had no intention to take money outside Pakistan.