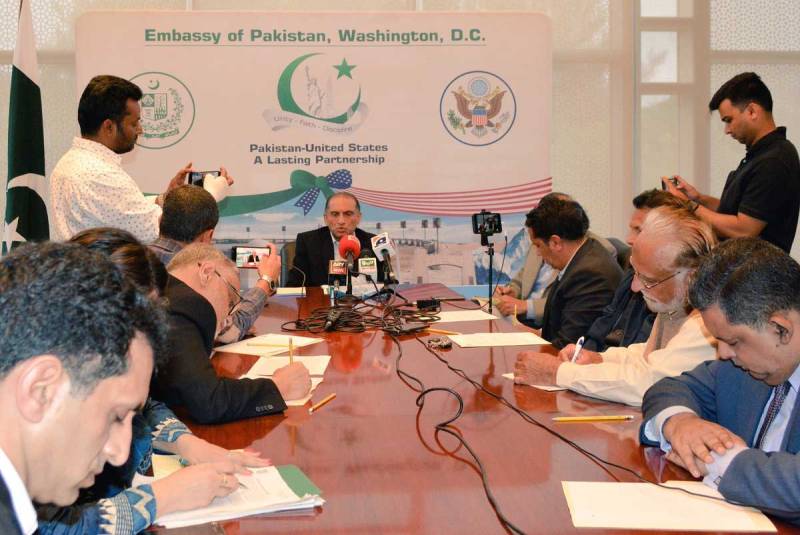 Speaking to media in Washington today, Chaudhry revealed a four-member delegation led by Attorney General of Pakistan (AGP) Ashtar Ausaf Ali had arrived in Washington to hold the talks. He added that the issue of construction of the Kishanganga Dam on River Neelam will be discussed at the meeting to be held on Monday.

The move comes in light of Indian Prime Minister Narendra Modi inaugurating a hydroelectric power plant in the Indian Occupied Kashmir (IoK) amid protests from Islamabad as the project will disrupt water supply to the country.

SRINAGAR/ISLAMABAD - Pakistan has expressed serious concerns about the inauguration of a hydroelectric power plant in ...

Pakistan has maintained that the dam violates a World Bank-mediated treaty on the sharing of the Indus River and its tributaries upon which 80 per cent of its irrigated agriculture depends.

Meanwhile, a black day was observed across IoK in protesting against PM Modi’s visit to the territory, Kashmir Media Service reported. Shops and businesses remained closed while traffic was off the road. The strike has been called by the Joint Resistance Leadership comprising Syed Ali Gilani, Mirwaiz Umar Farooq, and Muhammad Yasin Malik.

A day before Modi’s trip to the northern state, at least nine people were killed on both sides of the border due to firing by each other’s security forces, officials said.