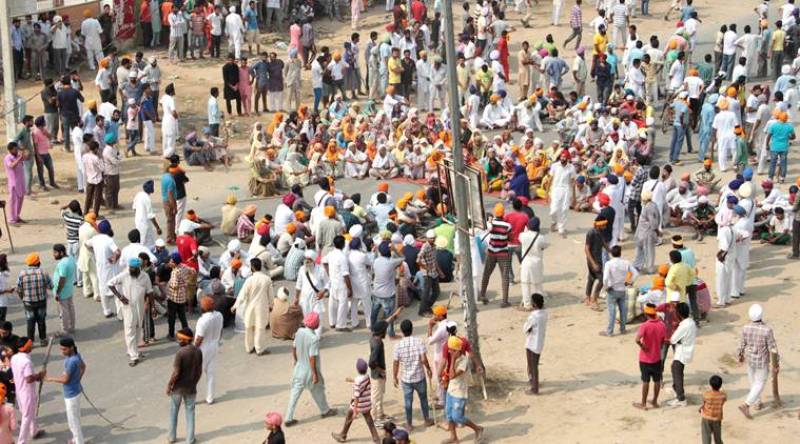 CHANDIGARH (Web Desk) – The Sikhs have continued to hold protests in several parts of Indian Punjab and have blocked key roads and some burning effigy of Punjab Chief Minister Parkash Singh Badal in protest against desecration of their holy book.

In Tarn Taran, Puran Singh of Dholan Thathi village in the district died of heat attack at the dharna site on the Harike bridge today, police said.

Due to various protests, the traffic was blocked at village Harbanspur-Jagjitpur on the Hoshiarpur-Phagwara road in Phagwara, police said.

The protesters strongly flayed the incidents of alleged sacrilege at Faridkot's Bargari village and the subsequent police firing on protesters at Behbal Kalan village in Kotkapura in Faridkot in which two Sikh activists were killed. 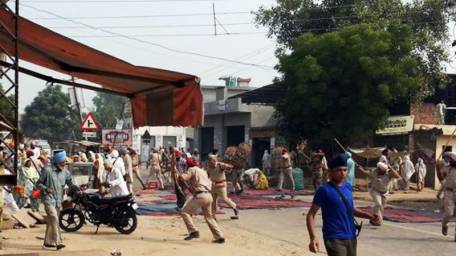 They also deplored fresh incidents of alleged desecration at villages Bath and Najushah Mishriwala in Tara Taran and Firozpur districts.

The agitators also demanded that the culprits should be booked under Section 302 (murder) of IPC, besides invoking Section 295-A for hurting their religious sentiments with the desecration of their holy book.

The traffic was diverted from alternative routes as protesters squatted on roads, police said.

Owing to blockade at Rama Mandi (Jalandhar Cantonement) on National Highway 1 near Jalandhar, traffic was diverted from Phagwara to alternative routes, police said adding that the traffic also remained affected on Pathankot-Jammu national highway for hours. 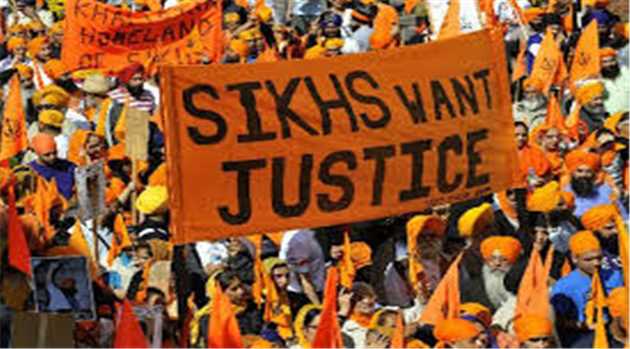