Extreme Patriotism: Indians beat up man for not standing up for National Anthem, find out he is a cripple 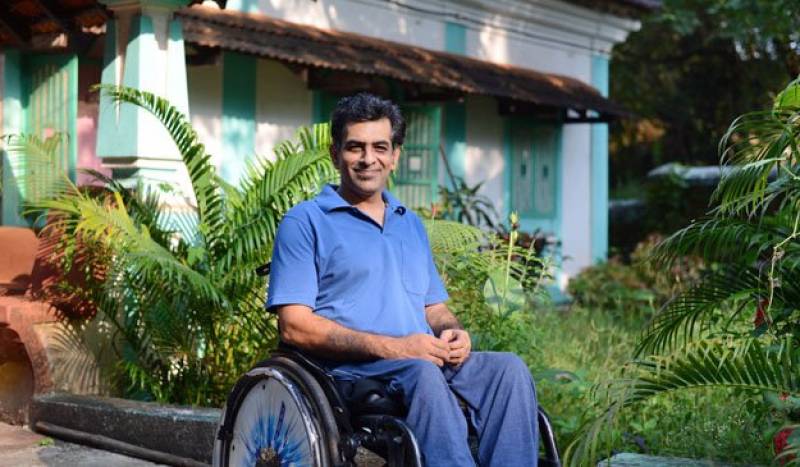 GOA - In an absurd and ugly incident, a disabled person was assaulted at a multiplex in Panaji, Goa when he didn’t stand up for the India national anthem, according to a Times of India report.

Award-winning writer and disability campaigner Salil Chaturvedi, who suffers from spinal injury could not rise to his feet, when he was thrashed by a couple standing in the aisle above him.

According to the report, a 'patriotic' husband hit Chaturvedi while the woman shouted “why can’t he get up?!” Chaturvedi turned and asked them “why don’t you just relax? Why do you have to get into people’s faces? You don’t know the story here. You will never know”.

The couple again shouted at him and spoke about standing up during the anthem.

Expressing his terror and fear, Chaturvedi said, “I can’t go. I’m afraid someone will hit me even harder, and worsen my spinal injury. I just don’t understand why it seems impossible for so many people to express patriotism in a non-aggressive manner.”

He says, “I now believe that even if I could stand up during the national anthem, I would rather not, simply because I am being forced to do so. My father is an Air Force veteran. I represented the nation in wheelchair tennis at the Australian Open. Look at my life choices! Who are you to judge how much I love India?”

“Is this why we fought the colonialists? Did we get our freedom only to become sheep, and that too led by the most sinister, manipulative brutes among us? I will not participate in this sham,” he said.

India has seen a dramatic change in it’s cultural and global outlook in recent times. Rise of Hindu extremism and ultra-nationalism has ushered in a serious persecution of minorities in India. Dalits, Christians, Muslims and Sikhs in India are living under vulnerability more than ever.