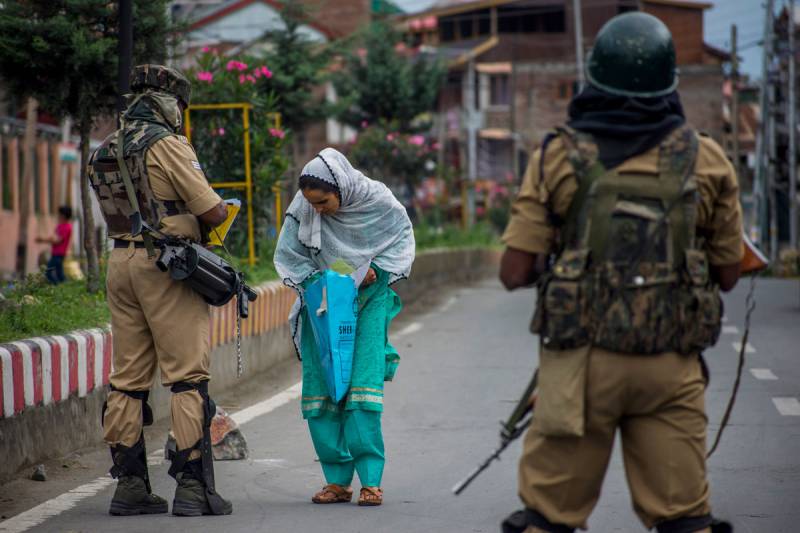 ISLAMABAD – A documentary titled, "Forced labour under the largest democracy ", has been released in India to express solidarity with the people of occupied Jammu and Kashmir .

During the release of the film at Jantar Mantar, New Delhi, director Shafkat Raina said his film depicts the pain, agony and sufferings of the Kashmiri people, who suffered at the hands of Indian troops during the 1990's, soon after the armed resistance broke out in the held Valley.

The filmmaker, who is president of the Jammu and Kashmir Youth Civil Society and a resident of Anantnag town, told the audience about the circumstances and the negative effects that this forced labour had on the psyche and life of the victims.

“This forced labour was imposed mostly in the outer peripheries of Kashmir , especially in the bordering regions of north Kashmir , which was inaccessible to the media, human rights groups and civil societies," Raina was quoted by Kashmir Media Service as saying.

“This forced labour was institutionalised in such a manner in which the Indian army backed renegades were made responsible to get the local men for work in various fields, like building the bridges, construction of bunkers, sawing of timber, searching for land mines and explosives before the army convey as the human shields.”

Forced labour is still prevalent in many areas of Kashmir like Pulwama and other villages. In Pulwama, the Indian troops still forcibly confiscate the vehicles from the drivers and use these vehicles for encounters and other night raids, Raina added.

In the film, two former members of so-called legislative assembly of Jammu and Kashmir are acknowledging about the unprecedented form of forced labour carried out by the Indian army in their respective Constituencies.

This forced labour not only affected the psychological, economic and social life of Kashmiris but it also affected the education of students as they had to leave their school days unattended during their turn for the forced labour.

One member of constituency assembly, Eng. Rashid tried to go to the court along with the witnesses and evidences but the High court disqualified all his petitions citing unreasonable excuses.