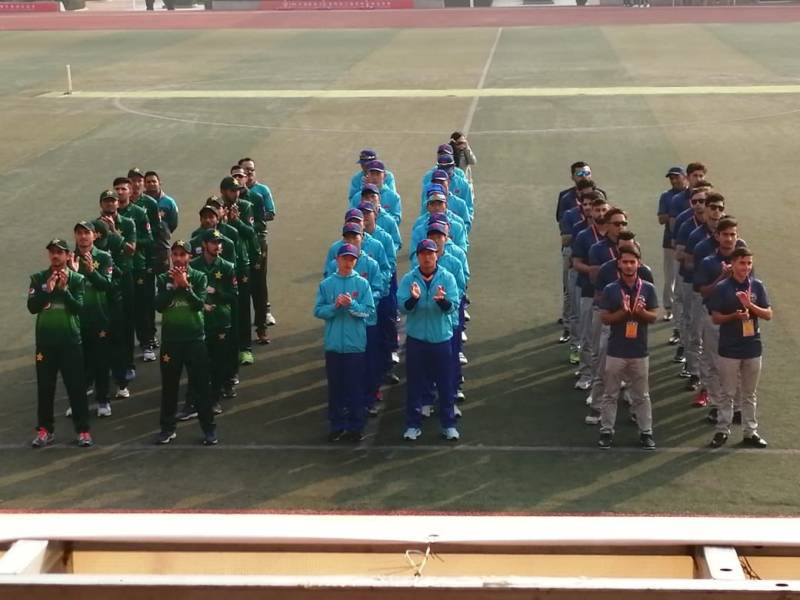 The Charge de Affairs of the Afghanistan Embassy in China Mr Musa Arifi was the chief guest on this occasion. First Secretary of the Asian Department of the Foreign Ministry of the People Republic of China Mr Zhang Zhizhong and other officials were also present on this occasion. 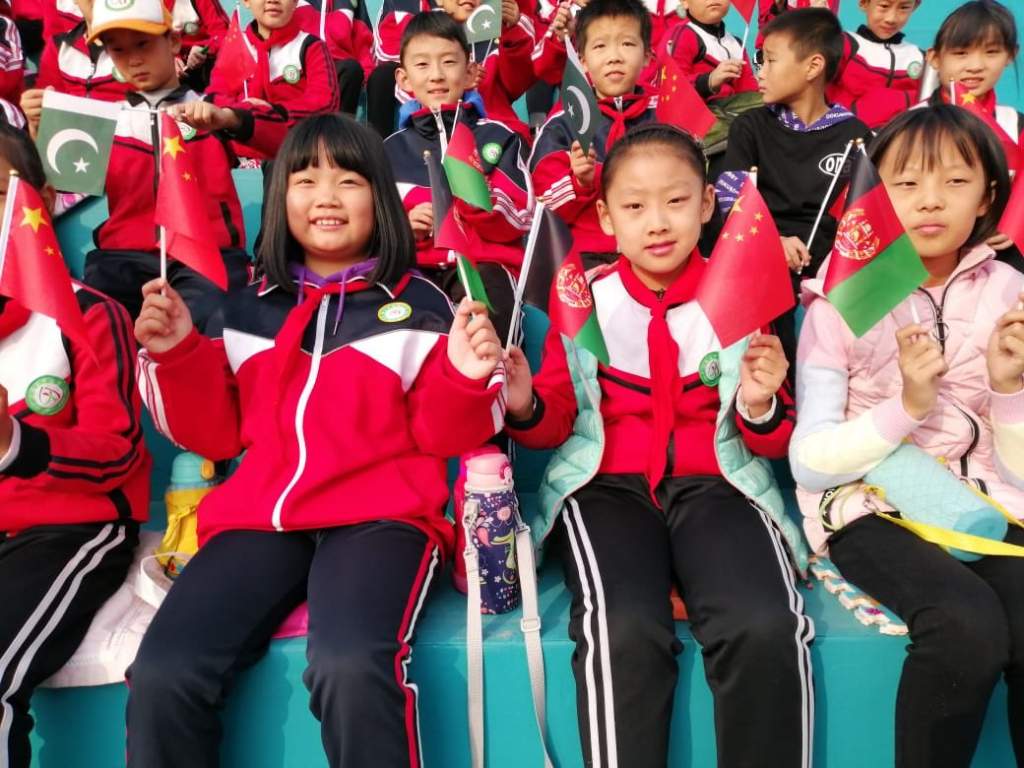 The Afghanistan-China mixed team three wickets down early and thus both Abid Muhammad and Ishaq Zozi made a good 63 runs partnership for the fifth wicket to reach to the target.

Abid scored a vital 41 runs off 34 balls with five boundaries and one six while Ishaq added another 22 runs, laced with two sixes and two boundaries. Lui Young Wang (04), Liang Chen (09), Sabir (12) and Muhammad (14) not out with one six and two boundaries were the other leading runs contributors.

Thus Afghanistan-China mixed team chased the target for the loss of six wickets in 17.3 overs and won the match by four wickets.

For Pakistan Irfan Niazi was the most successful bowler as the pacer grabbed five wickets for 21 runs in his three overs spell, Qi Wang got one wicket for 45 runs in his four overs spell. 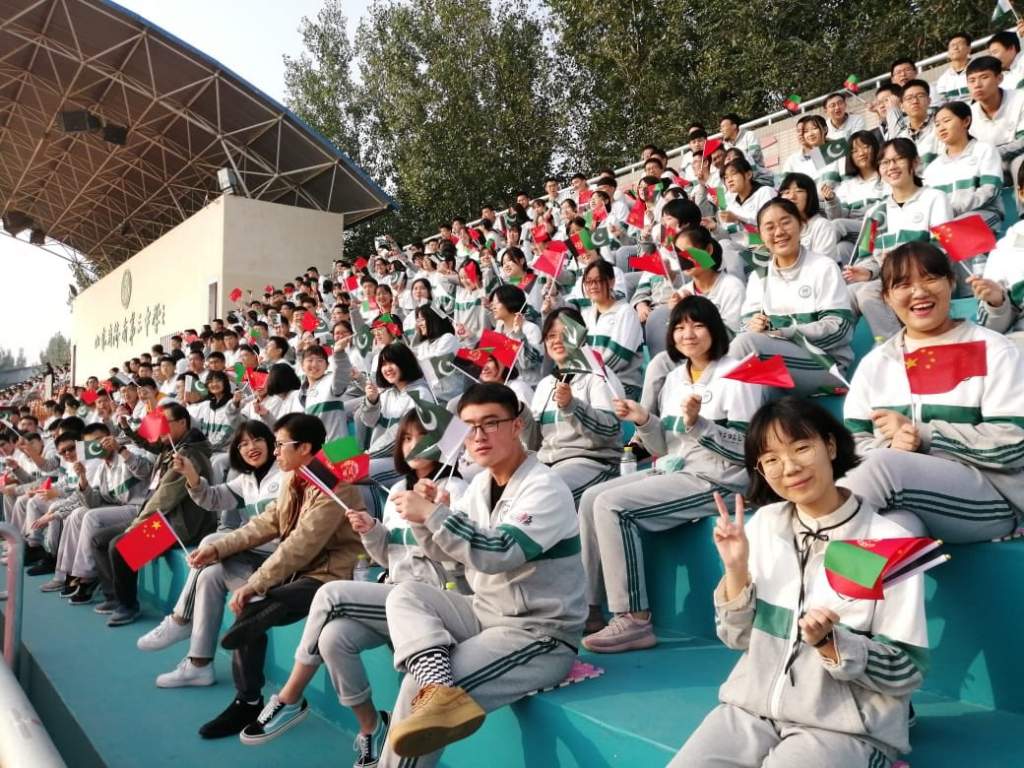 Earlier, Pakistan set up a good total of 155 runs for the loss seven wickets after playing the allotted 20 overs, thank to the middle-order batsman Fahad Munir and Irfan Niazi who held a 65 runs partnership for the fifth wickets with Fahad made 36 including three towering sixes and one boundary while Irfan made another cracking 29 runs with four boundaries and one six.

The opening pair of Saim Ayub and Ziao Ran Chen opened the innings for Pakistan but Ziao Ran Chen went early for just two runs. Saim Ayub was there with his excellent batting who smashed elegant shorts all around the wicket.

Saim made a cracking 39 runs and was run out when taking a quick single. Saim hammered seven boundaries and one six in his innings. After Ziao Ran Chen another no. 3 batman Weiji Ye also gone early for just 7 runs including one boundary.

When Pakistan-China lost four wickets, both Fahad Munir and Irfan Niazi controlled the whole trend and added some vital runs to the team total.

Fahad, who remained unbeaten, played with full command, hitting all the Afghanistan-China mixed team bowler and scored a vital 36 runs for 34 balls including three towering sixes and one boundary. 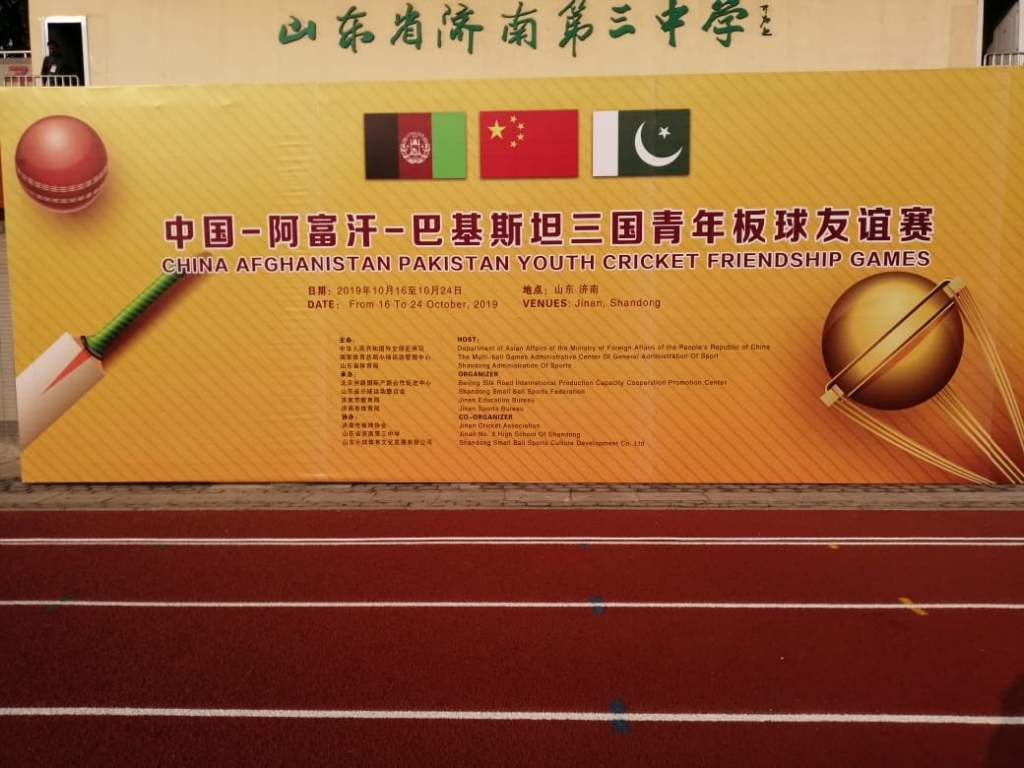 Along with Fahad Irfan Niazi, the promising all-rounder scored 29 runs off just 18 balls with four cracking boundaries and one huge six at the long-on boundary.

When Irfan Niazi caught out at the boundary, Waseem Khan, another all-rounder, took the charge and hit a quick-fire 20 runs laced with four boundaries.

Waseem also delighted the sitting spectators witnessing the match from the Jinan Middle School No.3.