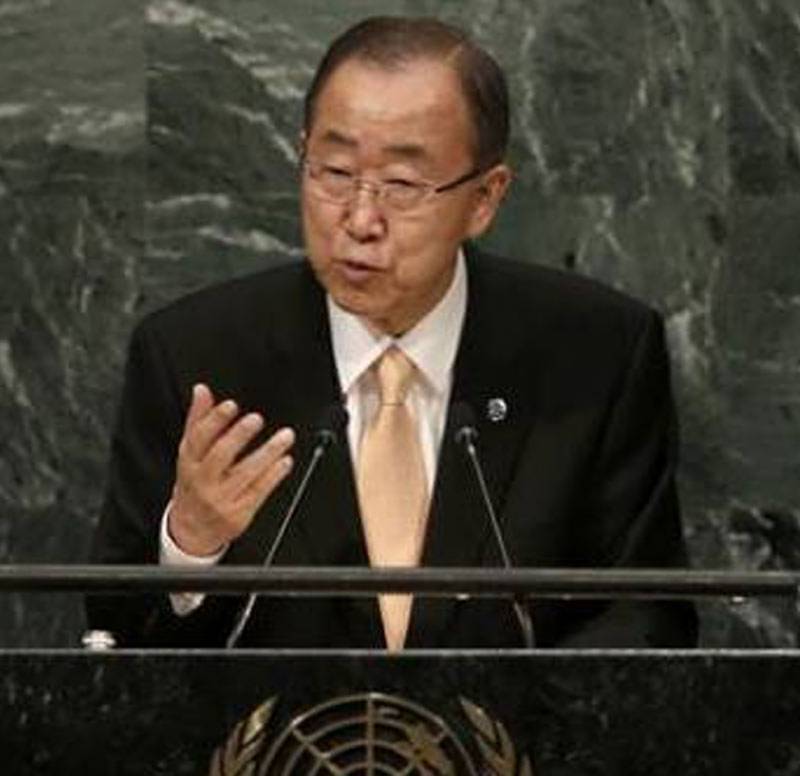 NEW YORK-The annual general debate of the 71st session of the United Nations General Assembly (UNGA) has started out in New York.

In his opening address, UN Secretary General Ban Ki-moon called for an end to the fighting in Syria.

He regretted that the prospects of a two-state solution of the Palestinian conflict are being lowered day by day.

Referring to migration of refugees, the UN Secretary General underlined the need to address the components that compel people to migrate.

In his address, US president Barack Obama urged the advance economies of the world to contribute in backward and poor nations to lift the living standard of the people.

Prime Minister Muhammad Nawaz Sharif in his address to the UN General Assembly tomorrow will draw the world attention towards Indian state terrorism and unabated grave violations of human rights by Indian forces in Occupied Kashmir.

He will make enunciate Pakistan's position, role and contribution on key international issues ranging from peace and security to development, and highlight the vision and priorities of his Government.