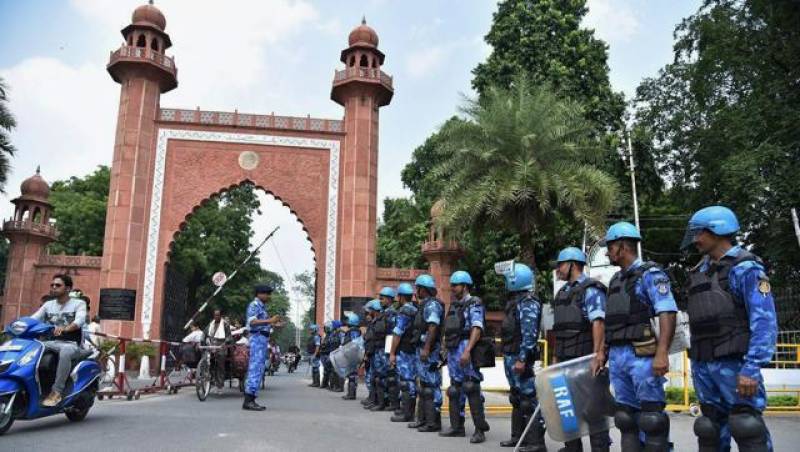 ALIGARH - Aligarh Muslim University (AMU) on Monday expelled a Kashmiri student for posting “objectionable” comments on Facebook over the recent terror attack on the army base in Uri.

Read More:Kashmiri students being attacked in India for no reason at all

Modasir Yousuf, a student of MSc in Organic Chemistry hailing from Kashmir had to pay the price for his objectionable comments on the Uri terror attack which was taken very seriously by the Vice Chancellor, Lt Gen Zameer Uddin Shah.

“AMU vicechancellor Lt Gen Zameeruddin Shah took a serious view of the issue and expelled the student concerned, who was pursuing MSc in organic chemistry from the varsity, after personally probing the matter,” said university spokesman Rahat Abrar. He added, “Lt Gen Shah said that there was no scope at AMU for tolerating any incident which smacked of anti-national sentiments.”

According to the reports, Yousuf offered his apologies later, he reportedly said that he was “carried away by sentiments”. But university authorities went ahead with his expulsion due to the sensitivity of the issue.