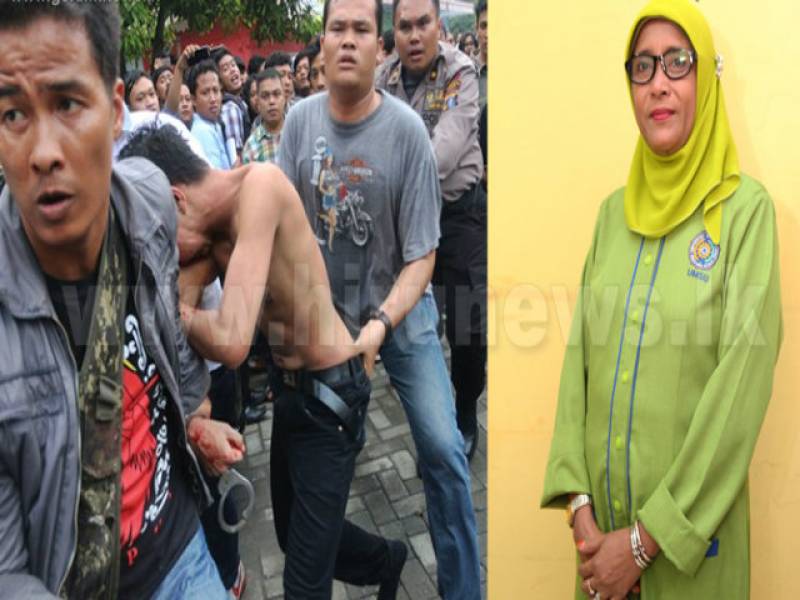 JAKARTA (Web Desk) – A student of North Sumatra Muhammadiyah University (UMSU) allegedly killed his professor by slashing her throat after a disagreement about his thesis escalated.

The professor, Dr Hj Nurain Lubis, was a 57-year-old lecturer in the Faculty of Education, in the Guidance and Counseling department. A local media report said Lubis and her student, Rormardo Sah Siregar, 21, was having a conversation about Siregar’s thesis, which led to the argument.

Lubis then headed for the bathroom. She was attacked in front of the bathroom on campus at what is known as Building B, as she left the toilet.

Said to have been offended by their conversation, the student slashed Lubis’ neck before she reportedly screamed and collapsed on the floor.

“She was immediately taken to the hospital with her injuries. We do not know why he did it,” said a student quoted in local reports.

Siregar allegedly hid in the bathroom as an angry mob formed outside. He stayed inside until local police apprehended him for further investigation.