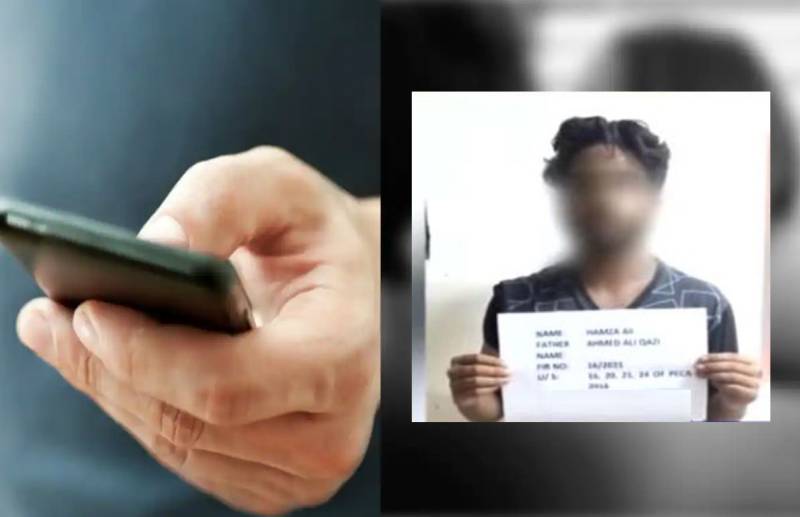 KARACHI – The Federal Investigation Agency (FIA) Sunday arrested a man for allegedly harassing a woman by blackmailing her with the use of inappropriate videos.

Reports in local media quoting sources said the Cybercrime Wing of the federal investigators on Sunday arrested a man from Hyderabad who was accused of harassing a girl by uploading her immoral videos on social media.

The accused, identified as Hamza, was arrested during a raid in Hyderabad over blackmailing a girl by using her obscene clips.

A senior official of the cybercrime wing said the accused filmed the girl by installing a hidden camera in her washroom and was blackmailing the victim for some time. He also created a fake social media ID to post the videos.

Meanwhile, the federal investigators have recovered the data of videos from the mobile phone of the accused.

In another similar development in Sindh capital, the cybercrime cell of the FIA nabbed a woman over filming her sister-in-law while the victim was molested by her brother-in-law. The suspect sexually abused her and her sister-in-law shared her video to defame her.

LAHORE – In another disgraceful incident of exhibitionism in the country’s cultural capital, a man stripped ...