WATCH: Man escapes after exposing himself to a woman in Lahore’s Gulshan-e-Ravi 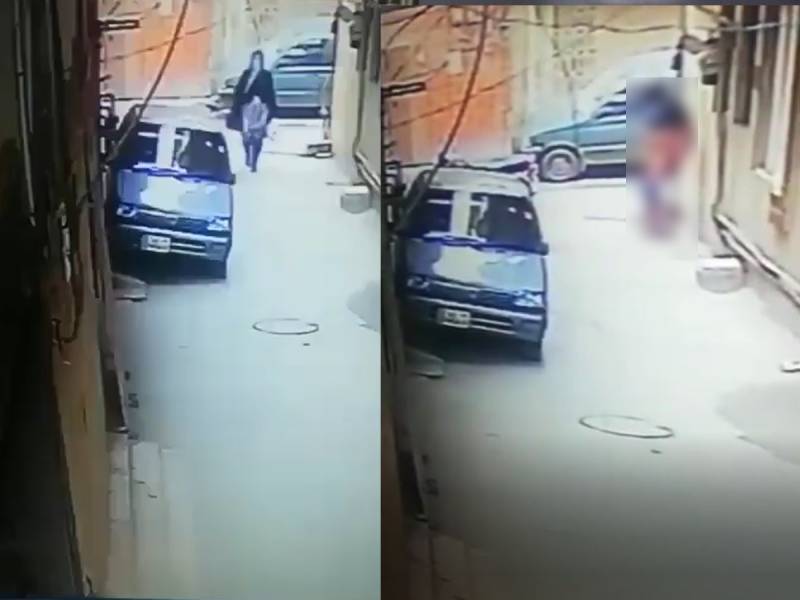 LAHORE – In another disgraceful incident of exhibitionism in the country’s cultural capital, a man stripped himself in front of a woman outside her residence and fled the scene in the Gulshan-i-Ravi area.

Reports quoting police officials said the suspect was chasing a woman on a two-wheeler and according to the CCTV footage of the incident, the pervert parked the motorbike nearby and exposed himself to the woman who was just entering the house located in Tauhid Park.

However, the offender didn’t recognize it, neither the registration number of his bike was visible in the CCTV clip due to the low quality of the video.

The frightened woman ran inside the premises and later came back with her husband within few minutes however, the culprit managed to escape before they caught him red-handed.

Meanwhile, the local cops have lodged a complaint against unidentified men on the complaint of the woman’s husband. The victim mentioned that she was returning home after dropping her children to school.

LAHORE – A Lahore policeman was suspended and arrested after he was spotted exposing himself to a woman during a ...

Furthermore, local residents demanded action against the pervert who exposed himself to a woman. Law enforcers have assured people to nab him as they are trying to obtain CCTV footage from other cameras installed in the vicinity.