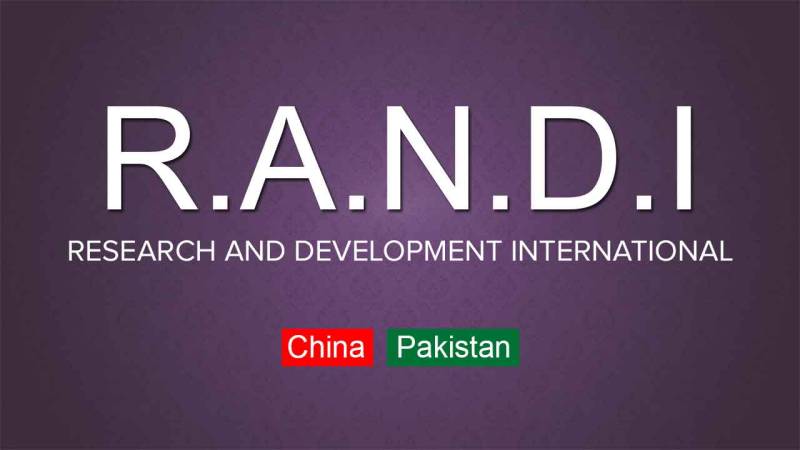 LAHORE (Staff Report) -Pakistan and China on Tuesday launched a joint think tank "RANDI" that will focus on the developmental progress of Pak-China economic corridor.

The think tank launched by the longtime economic and strategic partners has been named as 'Research and Development International', whose acronym unfortunately reads "RANDI", which is also used for 'prostitute' in the south Asian region.

That is the reason when the name of the think tank was publicly announced a 'controversial' debate sparked at the social media networks- i.e Twitter- about the 'controversial' meany of its acronym.

Few of these interesting tweets from Pakistan are:

I thought the acronym #RANDI for Pak China think tank was a joke. It's Pakistan head Mushahid Hussain should have known what it stands for — Amir Mateen (@AmirMateen2) April 21, 2015

That awkward moment when a think tank does not even think its name through. #RANDI — NumbYaar (@NumbYaar) April 20, 2015

Well, that's an unfortunate name for a think tank... http://t.co/DvCTM00gU8