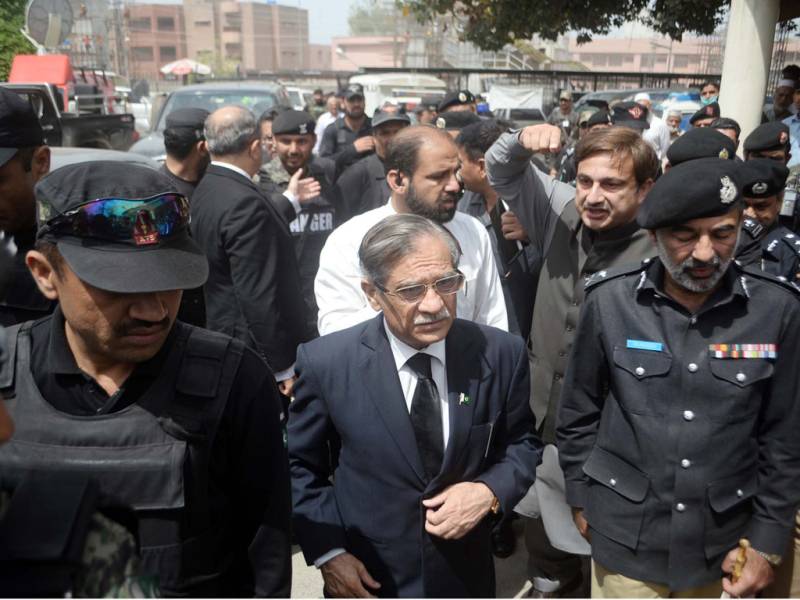 LAHORE - The police chiefs of Punjab and Sindh have taken back the security provided to unauthorised individuals in their provinces, on the directives of Supreme Court.

Chief Justice of Pakistan, Mian Saqib Nisar had ordered all the provincial police chiefs on Thursday to withdraw the additional security provided to the unauthorised officials, following which the Inspector General Police, Khyber Pakhtunkhwa, Salahuddin Mehsud, complied with the order.

According to a report by IGP Punjab, as many as 4,610 policemen have reported back to their respective police stations, in compliance with the apex court's directives.

According to well-placed sources, as many as 1853 individuals have been stripped off the additional security, provided to them by the Punjab police.

'1347 police personnel had been deployed with 297 politicians while 527 police officers were also keeping security in Punjab' said the sources.

The sources also revealed that the Punjab government had also deployed as many as 296 policemen with 250 religious leaders, who have now been called back, on the instructions of IGP, last night (Friday).

Sindh Inspector General of Police A.D. Khowaja also ordered the immediate withdrawal of thousands of police guards from unauthorised persons in the light of a recent apex court order.

It is expected that around 4,000 policemen would be withdrawn and deployed for policing in metropolis alone.

The IGP issued a notification on Friday directing authorities concerned to withdraw the police guards from every person who was not legally entitled.