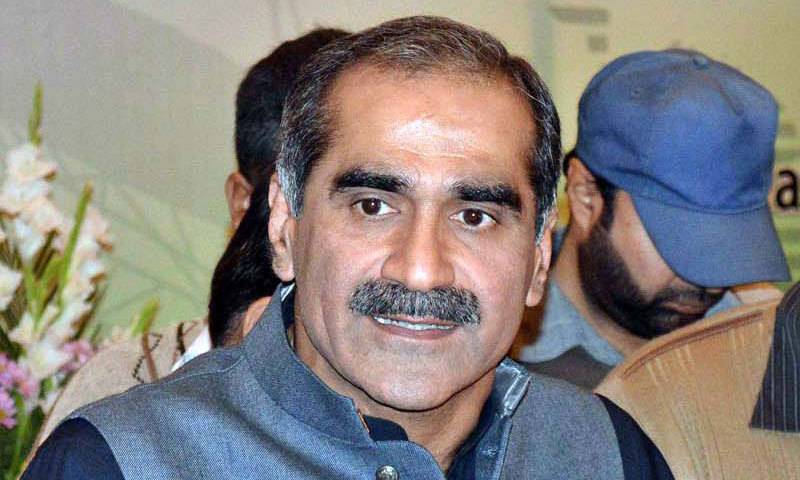 The former minister for Railways arrived at the parliament house on Friday after the Speaker National Assembly issued production orders for him; he was brought to Islamabad from Lahore by a team of NAB.

Speaking to newsmen outside the Parliament, the outspoken leader lamented that his production orders were issued after a delay of six days.

The lawmaker thanked the opposition parties for raising their voice over the matter.

Attacking the accountability watchdog, the former minister said its 'black law' was dealing a blow to politics, economy and democracy as well.

“It will take everything down with it if this revenge in the name of accountability doesn’t stop,” he shared.

Speaking on the floor of the House, Rafique stated that the attitude of NAB officials towards him was good.

He, however, shared that the NAB team asked him about Pakistan Tehreek-e-Insaf leader Aleem Khan to which he replied that he was not an informer.

'Aleem Khan is a decent man,' Rafique said and advised the NAB team not to ask him such questions about the political rivals.

Saad Rafique is in the National Accountability Bureau's (NAB) custody in connection with the Paragon Housing Society scam.

The PML-N leader and his brother were arrested earlier this month after the Lahore High Court rejected their request for an extension in their interim bail in the case.

His production orders were also issued by the Speaker National Assembly. The junior Sharif has now been elected as the chairman of Public Accounts Committee unopposed. The development follows weeks of an impasse between the ruling PTI and opposition over the matter.