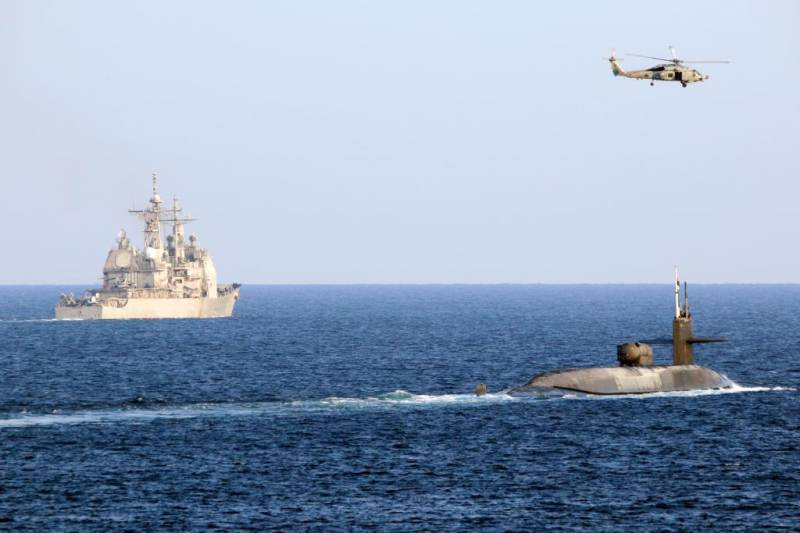 MANAMA, Bahrain – The US Department of Defense has deployed the nuclear-power Ohio-class guided-missile submarine along with two guided-missile cruisers to the Persian Gulf amid tension with Iran.

Georgia’s presence in the US 5th Fleet area of operations (AOO) demonstrates the US Navy’s ability to sail and operate wherever international law allows, it said

"As an inherently flexible maneuver force, capable of supporting routine and contingency operations, Georgia's presence demonstrates the United States' commitment to regional partners and maritime security with a full spectrum of capabilities to remain ready to defend against any threat at any time," Naval Forces CENTCOM said.

Washington and Tehran have long history of escalation over nuclear programme but it further deteriorated following the killing of Iran's powerful military commander, Gen Qasem Soleimani, in a US air strike in Iraq earlier this year.

In September, the US imposed latest sanctions on Iran’s Ministry of Defense in order to exert more pressured on the Islamic regime to bar it from continue weapons programs.

“No matter who you are, if you violate the U.N. arms embargo on Iran, you risk sanctions,” Pompeo said, adding: “Our actions today are a warning that should be heard worldwide”.

WASHINGTON — The United States on Monday imposed latest sanctions on Iran’s Ministry of Defense in order to ...