US drops parachuted ammunition to anti-IS rebels in Syria 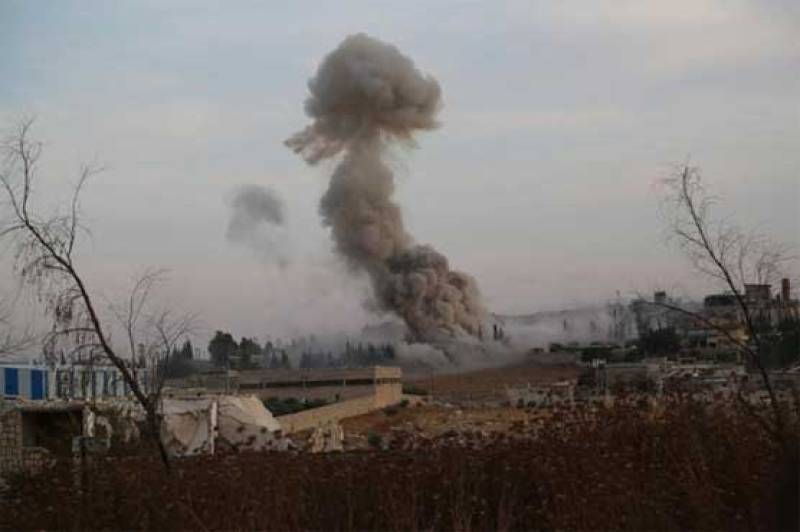 Meanwhile, the UN s peace envoy to Syria said he was heading to Moscow to promote a political end to the conflict, despite Russia intensifying its raids.

In a complex conflict involving several foreign players, Moscow has sided militarily with President Bashar al-Assad against his armed foes, branding them "terrorists".

Washington and European states have called for his ouster and support what they term "moderate" rebel groups while seeking to eliminate the Islamic State jihadist group.

On Monday, the US said coalition forces had airdropped ammunition to Syrian Arab groups fighting IS in the north of the country.

Speaking on condition of anonymity, a US official told AFP the drop included 50 tonnes of ammunition.

In the latest fighting, Syrian troops and allied forces gained ground in the central province of Hama, advancing on the strategic Sahl al-Ghab plain backed by Russian air power.

And the Syrian Observatory for Human Rights said the Syrian army had captured Mansoura village in the Sahl al-Ghab plain.

Sahl al-Ghab lies at the intersection of the provinces of Hama, Latakia and Idlib, and has been a major target for Russian strikes.

They have sought to advance into Sahl al-Ghab and on towards Latakia province, the coastal stronghold of the regime and the home to Assad s ancestral village.

Moscow said Monday its air force had hit 53 targets in Syria in the past 24 hours, in Hama, Homs, Latakia and Idlib provinces.

Russia s air strikes in Syria began at the end of September, with Moscow saying it was targeting IS and other "terrorists".

But rebels and their backers accuse Moscow of focusing on moderate and Islamist opposition fighters, rather than jihadists.

On Monday, UN peace envoy to Syria Staffan de Mistura said he would head to Moscow then Washington, as he struggles to push his initiative for a political settlement in Syria.

He acknowledged that Russia s air strikes had "introduced new dynamics" to the brutal conflict.