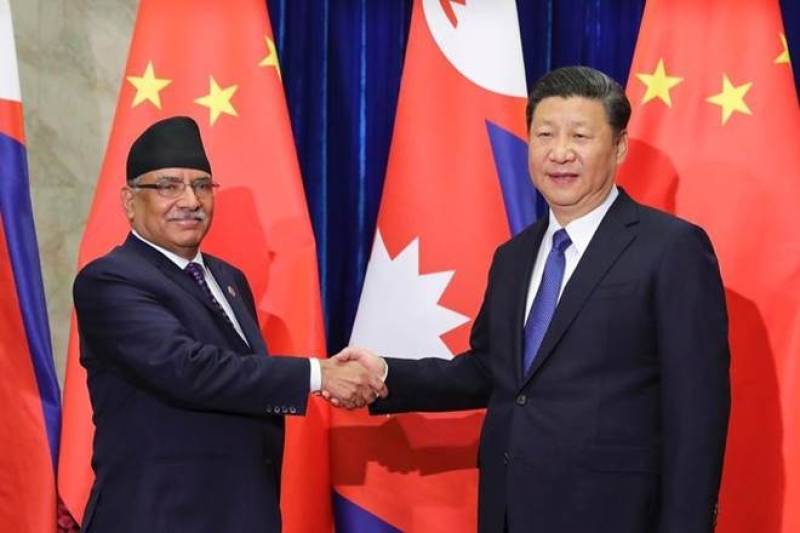 KATHMANDU - China gave Nepal access to its ports for trade with China and beyond bringing an end to landlocked Himalayan nation's heavy dependence on Indian ports for global trade.

Kathmandu and Beijing finalized a transit protocol giving final shape to the framework treaty signed between the two countries when Nepal Prime Minister K P Oli visited China in March 2016 in the wake of economic blockade by India which left the country short of fuel and medicine for several months.

The deal has paved the way for Nepal, which had been relying on Indian ports as of now, to diversify its access to seaports and alternative routes for trade.

An official release said the formalization of the agreement allows the transit of goods from other countries to Nepal via all of China’s ports, including Tianjin, Shenzhen, Lianygang, Zhanziang and dryports that include Lhanzin, Lhasa and Shigatse.

KATHMANDU - Nepal will not join the first ever joint military drill among the armies of the Bay of Bengal Initiative ...

Overland trade to and from Nepal is now routed mainly through Kolkata which takes up to three months, officials said. New Delhi has also opened the southern port at Vishakhapatnam for Nepali trade.

The nearest Chinese port is also located more than 2,600 km from Nepal's border.

Beijing and Kathmandu are also in talks for building a railway link into Nepal, constructing an electric transmission line and are conducting a feasibility study for a free trade agreement.