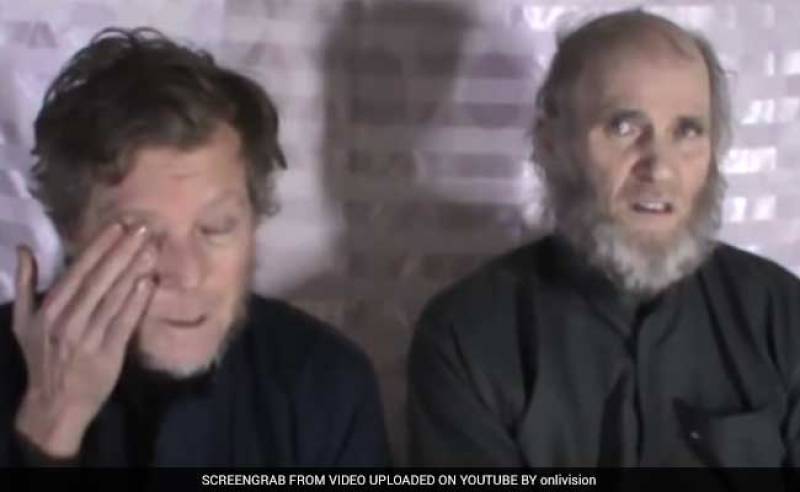 KABUL - An American and an Australian have appeared in a Taliban hostage video, five months after they were kidnapped from Kabul.

Gunmen wearing police uniforms abducted the two professors at the American University of Afghanistan in the heart of the Afghan capital on August 7, seizing them from their vehicle after smashing the passenger window.

The 13-minute, 35-second video circulated by Taliban spokesperson Zabihullah Mujahid on Wednesday offers the first apparent proof that they were still alive.

Australia said on Thursday that it has been working closely with other governments to secure the release of the hostage, but would not elaborate citing his family’s wishes and safety concerns.

The video comes after US Special Operations forces conducted a failed secret raid in August to rescue them. President Barack Obama authorised the raid in an unspecified area of Afghanistan but the hostages could not be found, the Pentagon said in September.

The elite American University of Afghanistan, which opened in 2006 and enrols more than 1,700 students, could not be reached for comment. It has attracted a number of visiting faculty members from Western countries. The abductions highlighted the growing dangers faced by foreigners in Afghanistan.

The Afghan capital is infested with organised criminal gangs who stage kidnappings for ransom, often targeting foreigners and wealthy Afghans, and sometimes handing them over to militant groups.Online