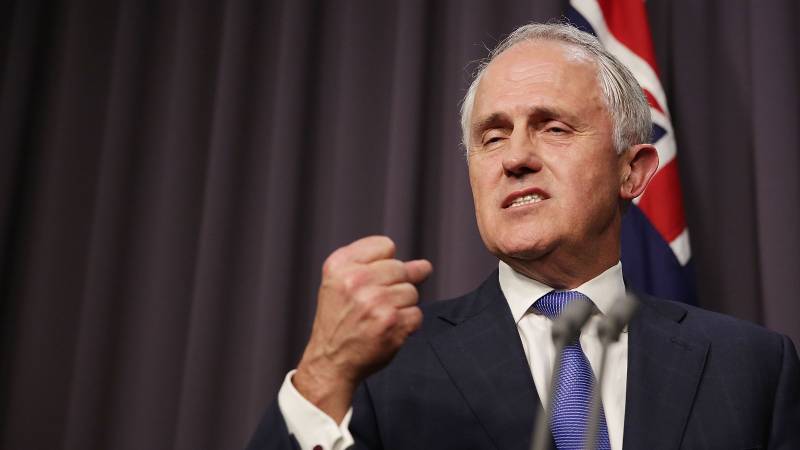 CANBERRA (APP) - Australian Prime Minister Malcolm Turnbull said on Sunday that the nation would go to the polls on July 2 as he sought to affirm his electoral mandate just eight months after deposing predecessor Tony Abbott in a party coup.

The widely expected announcement was the latest chapter in the turbulent world of Australian politics, where a revolving door of leaders saw multi-millionaire former banker Turnbull, 61, become the fourth prime minister in just over two years when he ousted Abbott in September.

"The governor-general has accepted my advice to dissolve both houses of parliament effective tomorrow morning, and call an election for both houses, a double dissolution, on 2 July," Turnbull said at a press conference in Canberra.

"Australians will have a very clear choice -- to keep the course, maintain the commitment to our national economic plan for growth and jobs, or go back to Labor, with its high-taxing, higher spending, debt and deficit agenda."

Labor opposition leader Bill Shorten, a 48-year-old ambitious former union chief, is aiming to add his name to the prime ministerial list when he takes on the Liberal Party's Turnbull in what is tipped to be a tightly contested vote.

The latest opinion polls published by News Limited newspapers on Sunday showed the coalition and Labor neck-and-neck at 50-50.

Rudd was toppled by Julia Gillard -- the country's first female prime minister -- in 2010, before being restored to power in 2013 amid bitter party infighting.

Just a few months later, he lost the elections to Abbott, who was then unseated by Turnbull last year.