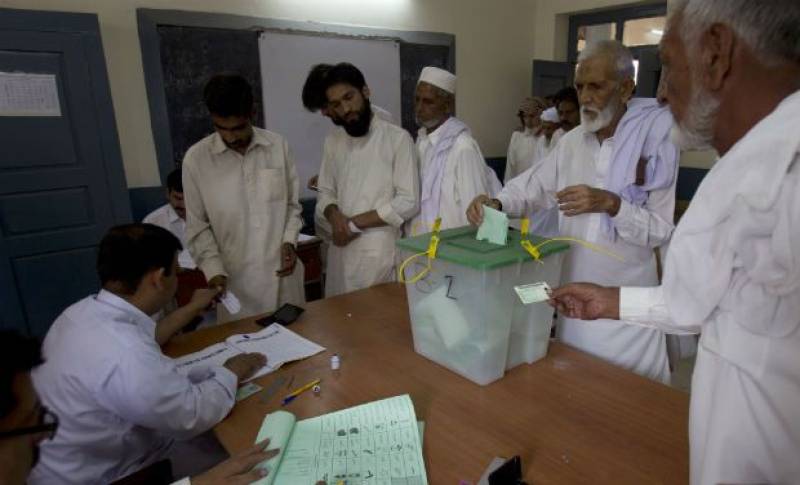 PESHAWAR (Staff Report) - Polling process is underway for by-elections on vacant seats of the local bodies in twenty-three districts of Khyber Pakhtunkhwa (KPK).

The polling started at 8:00am and will continue till 5pm without any formal break.

Earlier the elections were scheduled in January however ECP postponed the polling due to Bacha Khan University tragedy on January 20.

A total of 828 candidates are in the run for Village and Neighbourhood Councils, Women, Peasant/Workers, Youth and Non-Muslims seats.

Pakistan Army is helping the civil administration in the maintenance of law and order during the election.

Voters are not allowed to take mobile phones inside the polling stations.