Suicide bombers kill 8, injure 20 before being shot dead by security forces in Charsadda 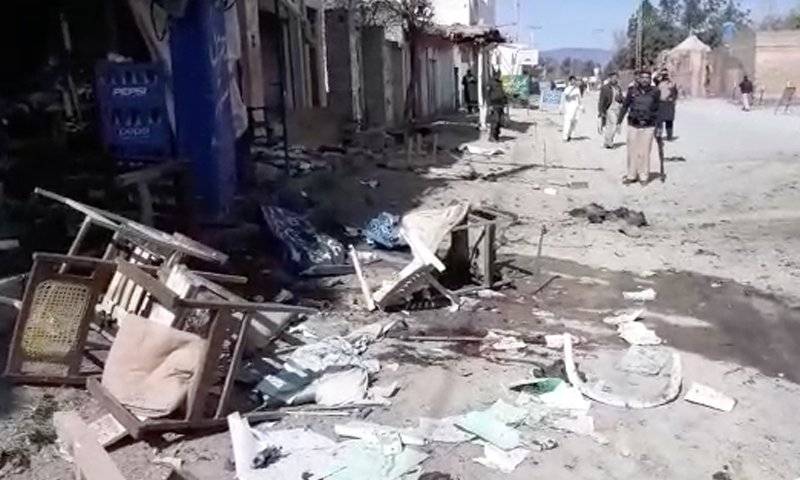 CHARSADDA - At least eight people were martyred while 20 others were left injured as law enforcement personnel foiled a massive terror bid in Charsadda city here on Tuesday morning.

According to reports, three blasts took place near the gate of Tangi courts in Charsadda city of Khyber Pukhtunkhwa killing a lawyer and three other present in court.

After the blast heavy contingents of police rushed to the site.

DPO Charsadda Sohail Khalid claimed that two of the suicide bombers were gunned down while another one detonated himself and so everyone including the staff and judges at local courts was safe.

He confirmed that at least three to four people were injured during the incident and the rescue operation was underway. After the bombings, reports regarding gunfire also surfaced.

Emergency has been declared in hospitals of Charsadda, Shabqadar and Peshawar.