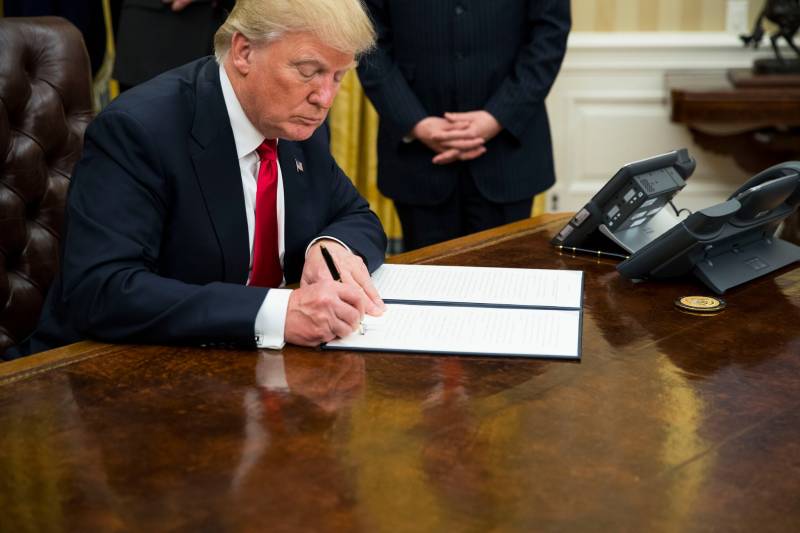 WASHINGTON - US President Donald Trump sprung into action on Friday and signed his first executive order aimed at limiting the "burden" of the Obamacare health law in accordance with his promise.

The multi-part executive order stated that the administration's official policy is "to seek the prompt repeal" of the Affordable Care Act but at the same time emphasised that it must continue to uphold the law.

With the first executive order, Trump hinted that his top priority in the Oval Office was to dismantle the healthcare law that covered some 20 million Americans.

The order states what Mr. Trump made clear during his campaign: that it is his administration’s policy to seek the “prompt repeal” of the law, which has come to be known as Obamacare. But he and Republicans on Capitol Hill have not yet devised a replacement, making such action unlikely in the immediate term.

“In the meantime,” the order said, “pending such repeal, it is imperative for the executive branch to ensure that the law is being efficiently implemented, take all actions consistent with law to minimize the unwarranted economic and regulatory burdens of the act, and prepare to afford the states more flexibility and control to create a more free and open healthcare market.”

The Trump administration viewed Obamacare, which aimed to ensure healthcare for the millions of Americans who are neither covered by public insurance, nor by their employers as a costly drift toward socialised, European-style medical care.

The order instructs the US health secretary and other departments and agencies to "exercise all authority and discretion available to them to waive, defer, grant exemptions from, or delay the implementation of any provision or requirement of the Act" that imposes a fiscal burden or other cost on a state, on consumers, on insurers or on a range of healthcare providers.

Obamacare added more than 20 million people onto insurance rolls, lowering the percentage of Americans without coverage from 16 percent in 2010 to 8.9 percent last year.

Only one third of the US population is covered by public insurance either Medicare, for those over age 65, or Medicaid for the poorest Americans.

Half of all Americans are insured through their employers, according to the Kaiser Family Foundation.