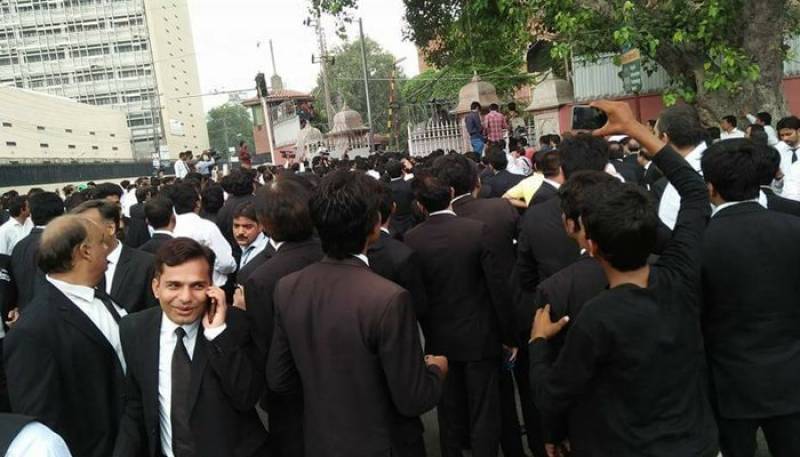 Lawyers from across the province observed full day strike on Monday and demanded the government fair inquiry and arrest of the culprits.

In its statement issued Monday, the PBC expressed solidarity with the departed souls and the bereaved families to bear the irreparable loss.

The Punjab Bar Council condemned the so called encounter of CTD, in which innocent members of a family were killed by CTD at Sahiwal. due to this tragic incident the Lawyer's of the Punjab will observe full day strike on 21.01.2019

In Peshawar, black coats boycotted proceedings of the high court and local courts on Khyber Pakhtunkhwa Bar Council’s orders, it was reported by Radio Pakistan.

They said that extra-judicial killings in the incident was an inhumane act and added that a judicial inquiry should be initiated into the incident to bring all the responsible to justice.

They also underlined the need for working out a comprehensive policy to prevent occurrence of such incident in future.

Four people including three members of a family were killed in an alleged encounter in Sahiwal on Saturday. CTD personnel said they had killed a local commander of militant organisation Daesh and three others in the operation. However, eyewitnesses and three children, whose parents were killed, disputed the claim.

The killings were witnessed by surviving members of the family: three minors.

The initial post-mortem report revealed driver Zeeshan sustained 10 bullets, the parents Mohmmad Khalil and Nabeela Bibi received 13 and four bullets while Areeba sustained six. From the survivors, Umair sustained one bullet in his right leg while Muneeba’s hand was injured when the bullets shattered the car’s glass.

On the other hand, Prime Minister Imran Khan said the surviving children will be looked after by the state. He vowed swift action against the officials involved once the JIT report is compiled.

ISLAMABAD – Prime Minister Imran Khan says as soon as the JIT report comes, a swift action will be taken against ...