Sadia Imam not leaving showbiz, they are all rumors 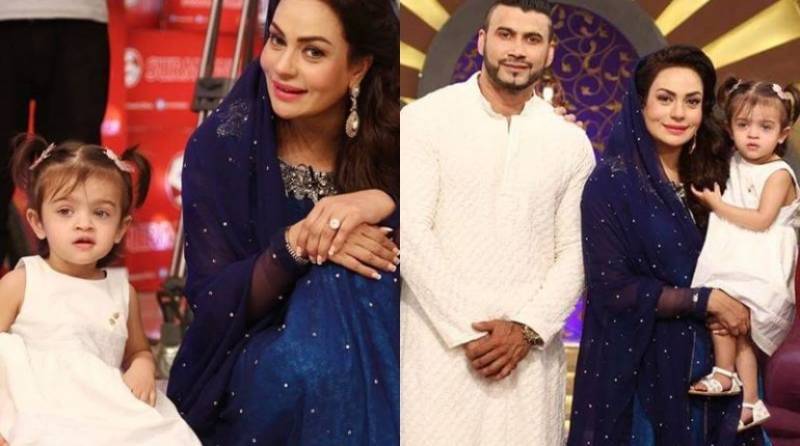 KARACHI - Pakistani TV host and model Sadia Imam is not planning to leave the showbiz anytime soon, instead, she is all set for her comeback with a drama serial.

While speaking to private news channel 'SAMAA Digital', Imam expressed her displeasure over people claiming that she is retiring from showbiz upon the request of her husband. She remarked that people have been making assumptions about her family.

“I haven’t announced that I am leaving showbiz, all such reports are nothing but rumours,” said Imam. “My husband has never objected over my career choices and he is my major support.” Imam further stated that she is gearing up for a drama serial which will be aired soon, however, she didn't reveal the details about her upcoming project.

“Due to the shoots of my upcoming drama, my husband would take breaks from work and come to Pakistan so that our daughter was not alone,” said Imam. “After my parents, my husband is my biggest support.” She remarked that she did take a break from acting after her marriage as she wanted to give her full time to this new relationships, adding that she doesn’t plan on retiring soon.

Remember those times when all you wanted to do was listen to Jia Dhadak Dhadak on repeat. The feel of it could make you ...

Sadia Imam had tied the knot in 2012 with a German-Pakistani, Adnan Haider and had moved to Germany after marriage. In August 2014, the couple was blessed with a baby girl. After returning to Pakistan in 2015, she started hosting shows on TV.