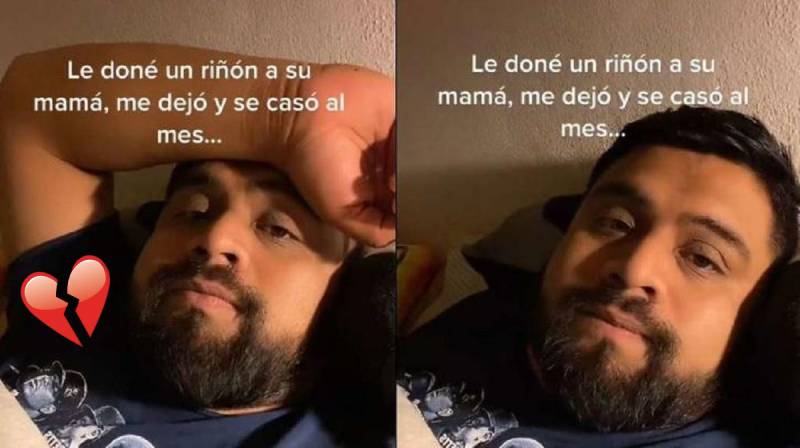 MEXICO – In a heartbreaking incident in North America, a man has revealed that his girlfriend dumped him less than a month after he donated a kidney to her ailing mother.

The news garnered attention days after a Mexican teacher, Uziel Martinez, took to social media to share his story.

In a series of clips, the ‘distressed lover’ revealed how he helped save his partner’s mother by donating the crucial organ but his foremost sacrifice would not be enough to save his relationship, which was over within weeks of the surgery.

“I donated a kidney to her mother, she left me and got married a month later”, Martinez wrote in Spanish over a clip of himself looking lonely while laying on the sofa.

The story of the ‘true lover’ garnered attention and has around 17 million views, with social media users offering their sympathy to the distressed Romeo.

In another clip of the series, the man revealed that he is on good terms with his former partner despite they parted ways. “Actually I’m fine, I’m fine emotionally, I think so is she,” he mentioned.

GUJRANWALA - A girl, with the assistance of her friends, has allegedly kidnapped her ex-boyfriend for 'cheating' on ...