How to play Pokemon Go - A complete guide for newbies 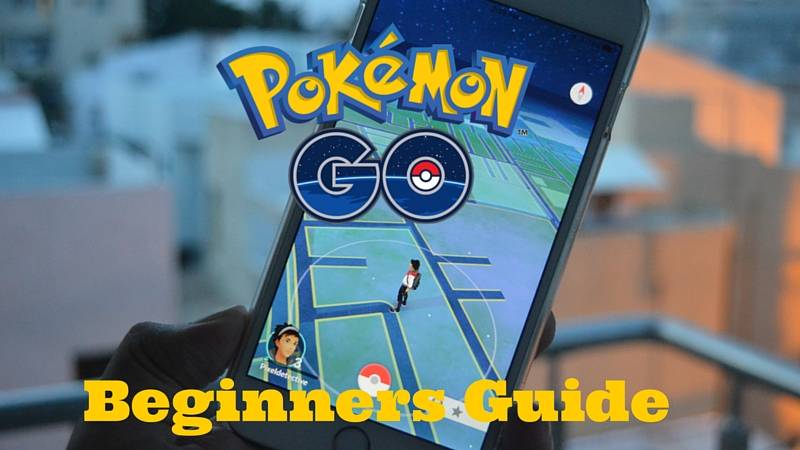 LAHORE - The virtual reality game Pokemon Go is amassing frenzied fans all over the world, keeping players glued to their smartphones. But no one yet knows how to master the world of Pokemon. Hopefully, this guide to conquering the record breaking game will help you succeed in "catchin' 'em all".

The game is about collecting Pokemon. In later stages of the game you fight them against other Pokemon.

When you start you can pick between three Pokemon; if you don’t select one of them and you walk away from your starting location 4 times, Pikachu will appear and you’ll get him. You capture Pokemon by throwing Pokeballs at them. After capturing a Pokemon, you own it for the remainder of the game (unless it escapes).

The easiest way to do capture a Pokemon is to lob the ball up into the air (pushing your finger up quickly), landing it on the creature's head

When you capture a Pokemon you get two things: Stardust and Candy. Stardust is like a universal resource, but the Candy you get is specific to the Pokemon you caught.

You use Stardust and Candy to level-up or evolve your Pokemon later in the game.

Blue Circles are Pokestops, which are around landmarks and restaurants and such. When you click on one, and you see the circle, spin it from side to side and stuff will drop out of it. These refresh every few minutes so you can come back later.

The items that drop out of Pokestops can be used later when you do combat between your Pokemon and other peoples’ in Gyms.

As you move around you will see lots of different icons on the map. If you see rustling in the grass, it is likely to be a Pokemon that is about to jump out. Get ready to catch it.

If you pull up your Nearby map (bottom right), you’ll see a list of shadows representing nearby Pokemon.

The Pokemon closest to you are in the top left of the map, and they have no footprints under them. The ones with two or three footprints are further away (more steps to get them).

As you walk around, you can watch that map. If you see something with no footprints, they are extremely close to you and you should look for it and catch it.

Feed your Pokemon Stardust and their type of Candy to make them more powerful, which will increase their CP. It gets increasingly more difficult to raise their CP level as you progress.CP level helps you defeat other Pokemon in combat.

The advanced part of the game starts at level 5 when you can join a team and enter Gyms. Gyms are the giant spinny skyscraper looking things that you see on the map, usually with a Pokemon on the top of it.

Combat takes place between your Pokemon and Pokemon from the opposing team. You fight other Pokemon by tapping quickly on the screen.

You swipe side to side to dodge. You press and hold to do your special attack. In general, the stronger Pokemon will win, but if you don’t dodge and attack you can still lose to a weaker creature.

Gray Gyms are not owned by anyone. You can enter a Pokemon there and take control of it for your team, but it’ll likely get removed by a stronger force relatively soon.

If a Gym is colored, that color represents the team that has control of it. Teamwork is a good thing for combat.

After combat you will need to refresh your Pokemon with potions and other items. Your Pokemons’ CP is its Combat Power, which goes up by feeding it Candy.

When you battle to take over a Gym you have to knock down the prestige level of the opposing team that owns the Gym.

Once you get their prestige down to 0, you have to enter your own Pokemon there or else someone might steal the Gym you just earned.

At higher levels you will get GreatBalls and UltraBalls that will make it easier to catch Pokemon.

You can also get Rasberries to feed difficult Pokemon so they’re easier to catch (after you make them your friend). You can use Incense to attract Pokemon to your location for half an hour.

You can also create Lures that bring in mad Pokemon to a specific area. Other people will see the Lure and will come there as well, so be ready. Eggs magnify your experience for capturing Pokemon.

Do play and enjoy Pokemon but buy a battery pack first as the game drains a lot of battery. Moreover, beware of your surroundings and do not let the game lure you to a secluded place where you find no way of safe return.