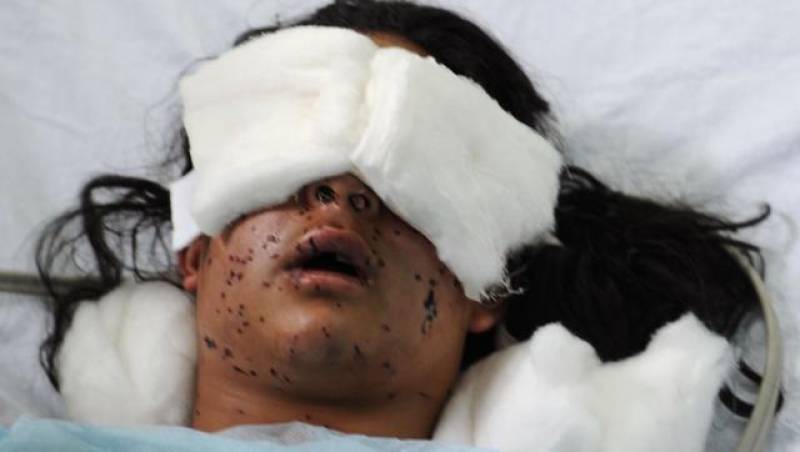 KASHMIR - As unrest and clashes continue in Kashmir, Indian forces have begun to use pellet guns to deliberately blind protesters, the latest victims of which are eight-year-old Asif Rashid and thirteen-year-old Mir Arafat, who were hit by pellets fired by government forces to disperse protesters in Khanabal area of Anantnag on Tuesday evening.

Hundreds of pellets penetrated Arafat’s body, from his face to the lower abdomen. “Please, father, do something. I am dying with pain,” shouted Arafat, weeping in the intensive care unit of Shri Maharaja Hari Singh Hospital after being injured.

Abdul Rehman, Arafat’s father, said the children were hit when they were playing cricket outside their homes in Khanabal.

“There were protests and clashes during the day. Security forces then left and everything was normal. The children went out to play cricket. In the meantime, the forces raided the place from behind and fired pellets towards the youth. Our kids were also hit,” Rehman said, stressing that the use of force was totally unwarranted.

Doctors said Arafat had pellets lodged in his heart, abdomen and intestines — with some even touching his spine. “He needs multiple surgeries as the pellets have penetrated his vital organs. Specialists from different departments are with him. We have kept him under observation to see how he responds to the treatment within 48 hours,” said a doctor. “We can’t predict anything about his situation at the moment.”

Similarly, Insha Malik, a resident of south Kashmir’s Shopian district, was blinded in both eyes by pellets fired by forces on July 12. The 14-year-old was hit by nearly 100 pellets while she, according to her family, was inside their house in Sedow village. 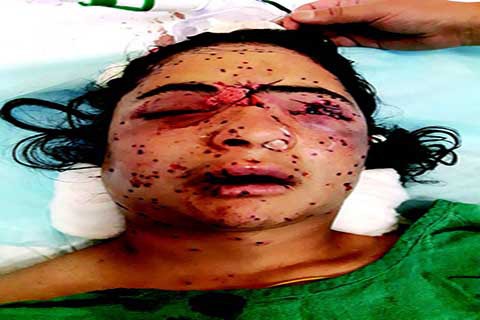 Moreover, four-year-old Zuhra Majeed was hit by pellets in her legs and abdomen after her family was targeted by police outside their home on the outskirts of Srinagar’s Qamarwari on July 10.