"Do More," US tells Pakistan once more 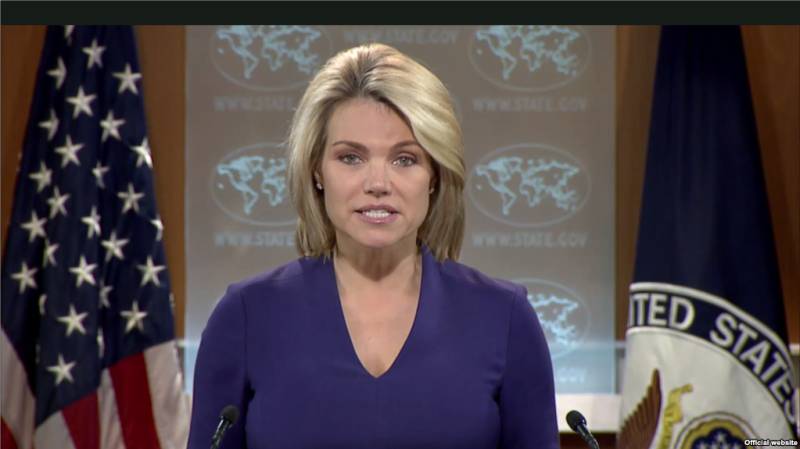 WASHINGTON - The State Department of the United States has said that Pakistan took some positive steps in the right directions against terror groups, but it should do more.

Heather Nauert, spokesperson of the State Department, in a media talk said, "Pakistan take some positive steps in the right direction, but a lot more needs to be done, in terms of Pakistan cracking down not just on the Taliban, but the Haqqani Network and other terror networks as well".

She added that the President has urged Pakistan to take on greater responsibility for cracking down on terror groups in his South Asia strategy.

The spokesperson further said that Pakistan can play a vital role in bringing Afghan Taliban to the table talk.

“Pakistan has paid a huge price in this campaign, including losing over 75,000 lives and bearing a loss of more than $123 billion to the national exchequer,” he said while speaking to Gulf News.

RAWALPINDI - Pakistan has rid its soil of all terrorist sanctuaries, including those of Haqqani Network through a ...

Pence said the Government of Pakistan has to do more to address the continued presence of terrorism in Pakistan.

There’s a lot more that they can do, but they can also play a critical role in the – with the Taliban in getting the Taliban to come to the table in Pakistan, he added.