"I was in the meeting when Khawaja Saad Rafique demanded a senior position in PTI," PTI youth leader makes shocking claim 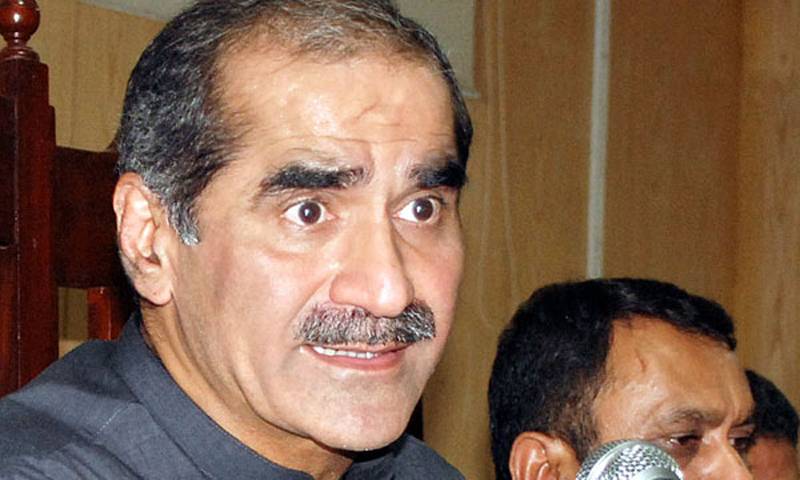 LAHORE - Pakistan Muslim League-Nawaz (PML-N) stalwart had approached Imran Khan to join hands with him and demanded some top position, a claim made by a PTI young leader.

The detail of the meeting between to political bigwigs was shared by a PTI supporter Hassaan Niazi on social media, Twitter, on Wednesday. He claimed, "I was also present in the meeting where khawaja saad raffique asked IK for some top position in pti".

I was also present in the meeting where khawaja saad raffique asked IK for some top position in pti.
Such meetings do take place. It’s unethical to disclose the names like this. I did the same unethical thing right now. Apologies for that 😬 https://t.co/JUuEfW2OhH

Niazi shared this information in response to a tweet by Interior Minster Ahsan Iqbal, who said that Amir Liaquat had also met Nawaz Sharif in Karachi and requested him to give time for a public meeting. Iqbal added that Hussain called Sharif a true leader of Pakistan, saying "its only hope".

For record sake: I was present in a meeting in which Dr Amir Liaqat met Mr Nawaz Sharif in Karachi and requested him to give time for a public meeting saying that NS was a true leader of Pakistan and its only hope. https://t.co/WgKxCvtrp8

Dr Aamir Liaquat Hussain, who a few days ago hosted a TV show against PTI Chairman Imran Khan for his marriage during Ida‘at, on Monday joined PTI.

The inclusion of renowned televangelist Aamir Liaquat Hussain in Pakistan Tehreek-e-Insaf has sent shock waves across the already crumbling political force, with a plethora of ideological supporters bidding farewell to the Imran Khan-led party.

Liaquat’s decision to formally join the party, as he addressed a press conference on Monday alongside Imran Khan, was taken in bad taste by ardent supporters of PTI, who took a strong exception to the development and vented their frustration on social media, with many announcing to part ways with the party.