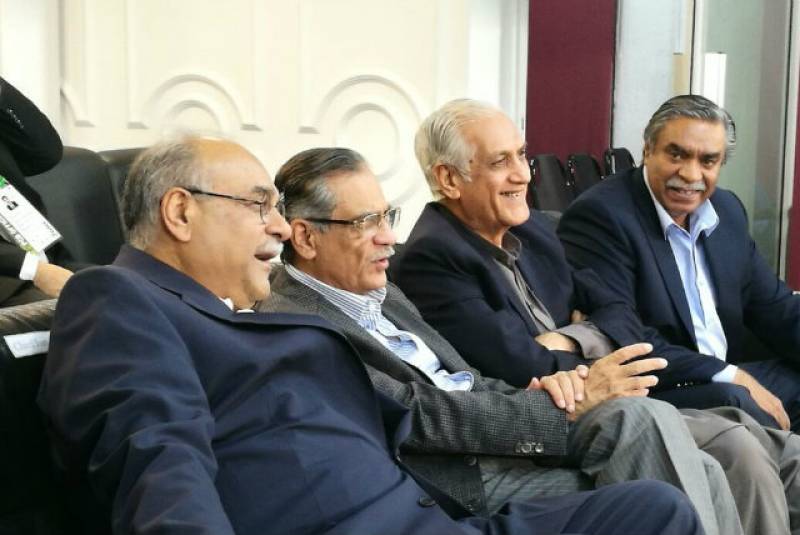 LAHORE - The Chief justice of Pakistan, Justice Saqib Nisar arrived at Gaddafi Stadium to watch the second last match of the third season of Pakistan Super League (PSL) on Wednesday.

Photos tweeted by the Pakistan Cricket Board show the country's top judge enjoying the Karachi Kings vs Peshawar Zalmi match in Lahore.

He was sitting next to Pakistan Cricket Board Chairman Najam Sethi in the stadium's VIP enclosure.

The PSL's initial matches have concluded in Dubai and Sharjah and the tournament moved to Lahore, before concluding with the final in Karachi on March 25. Gaddafi Stadium hosted its first elimination match on March 20, between Peshawar Zalmi and Quetta Gladiators.