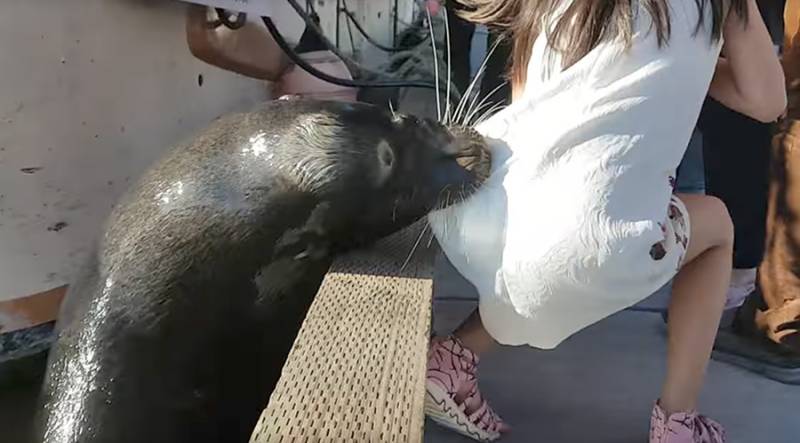 TORONTO - A young girl was rescued from the water of a busy Canadian harbor Saturday after being dragged in by a sea lion.

The girl was admiring the marine mammal from Steveston Harbour near Richmond in British Columbia when it sprung from the water and nabbed her dress before hauling her over a wall.

Footage of the incident shows a man, believed to be a family member, leaping into the water to rescue the child.

Vancouver resident Michael Fujiwara captured what he described as the “scary moment” the California sea lion attacked the young girl.

“It initially jumped up to the girl to read her, I guess,” Fujiwara told CBC news. “And then it came back up a second time, but this time grabbing the girl by the waist and dragging her down into the water.”

The video shows the drenched pair walking away unharmed after the ordeal. Fujiwara said nobody was injured in the bizarre incident.

Andrew Trites, of the Marine Mammal Research Unit at University of British Columbia, said the people surrounding the animal prior to the incident should have treated it with “proper respect”.

“This was a male California sea lion. They are huge animals. They are not circus performers. They’re not trained to be next to people,” he said.