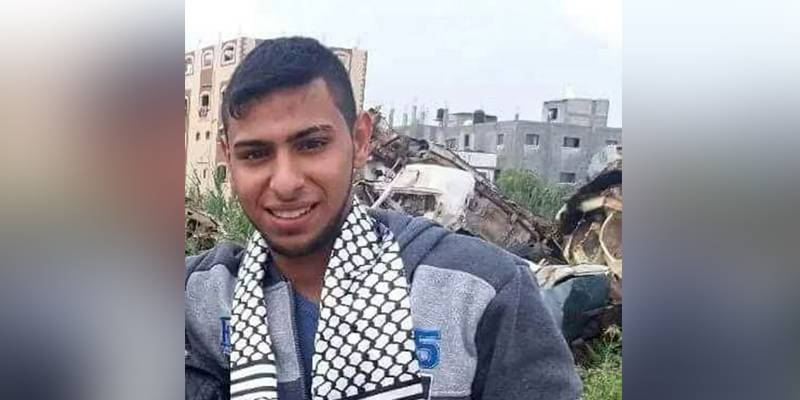 JERUSALEM - A Palestinian youth set himself on fire early Sunday in Gaza City, apparently due to the dire economic conditions and protest against the government in the  Gaza Strip.

A video of the incident shows Fathi Harb cursing the government before self-immolating, while an eyewitness claimed that the financially-strapped youngster sought money and food for his relatives.

According to the relatives of Harb, he was distressed over Gaza's dire living conditions and especially the recent spasm of violence unleashed in the Gaza strip

They emphasize that Harb does not suffer from mental illness, but was distraught over his brother's injury in one of the "March of Return" demonstrations.

Majda, the young man's mother, told newsmen that a day earlier her eldest son had said he was going to collect a payment. But half an hour later police came to her home saying he was in hospital after having set himself ablaze.

She was unaware of the core reason that prompted Harb to commit suicide, however, hastened to add that he was expecting his first child soon and felt helpless due to the harsh economic situation in Gaza.

"What can a man do when his wife is giving birth and he has no money for a doctor, diapers and milk?" she asked.

Fathi, who is now battling hard in the hospital, was a labourer and had worked as a waiter at a wedding and was on his way to collect his wages, about $14, when he set himself on fire.

The head of the Gaza city's Shifa hospital's burn unit, Nafez Abu Shaban, said the youngster has second and third-degree burns over almost half of his body and has also suffered serious injuries from smoke inhalation.

"He is in a very risky, critical condition," said Abu Shaban.

The economic issues seem to be the stimulus behind Harb's suicide bid as Majda revealed that they did not have any money in the bank account of Harb's father.

“It was in the minus. I found out we owe money to the bank,” she said.

Harb's family has been widely affected by the clashes in Gaza as one of his 14-year-old brother named Arafat is seeking treatment in Egypt for wounds sustained by Israeli fire in recent violence.

The violence in Gaza unleashed last Monday when the Israeli forces shot dead at least 61 Palestinian protesters on the Gaza border when US embassy was being opened in Jerusalem, a move that stirred concerns in Middle East and the Muslim world.

The death toll was the highest in a single day for Palestinians since 2014, and according to the health ministry over 2,700 people were left injured either by live gunfire, tear gas or other means.