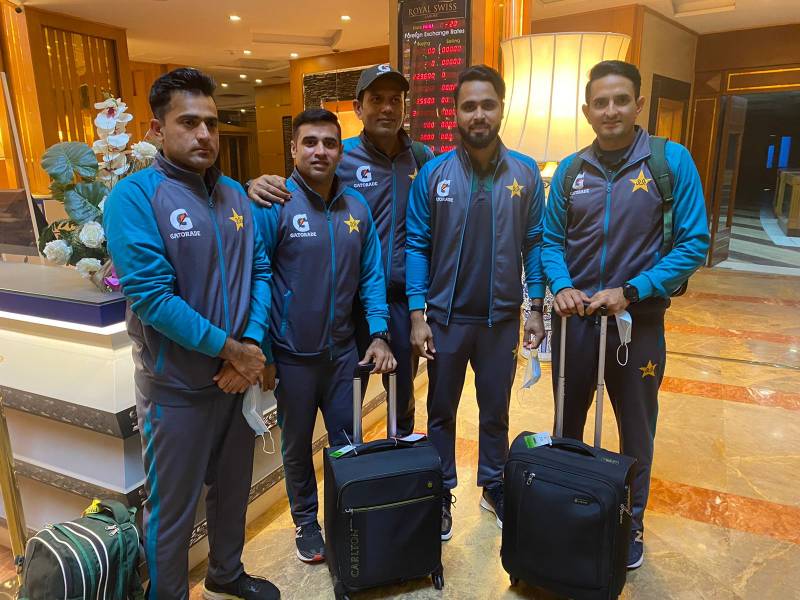 ISLAMABAD – Members of the Pakistan Test squad on Sunday left for a two-match Test series against Bangladesh, the Pakistan Cricket Board (PCB) said.

The two Test matches, which are part of World Test Championship, will be played in Chittagong from November 26-30 and in Dhaka from December 4-8.

“Members of Pakistan Test squad leave for Bangladesh,” the PCB wrote on Twitter, sharing pictures of the players in official tracksuits.

Pakistan have recalled opening batter Imam-ul-Haq after two years for the two-Test series against Bangladesh.

Imam, who played his last Test against Australia at Adelaide in 2019, has impressed the selectors during the ongoing domestic first-class tournament, scoring 488 runs in four matches, including a double century.

Imam replaced Imran Butt, who was part of the team which toured the West Indies. Butt took some scintillating slip catches since making his Test debut against South Africa earlier this year, but has scored just 178 runs in 10 test innings at an average of 17.8.

Pakistan cricket team captain Babar Azam on Sunday answered some of the most Googled questions about his life and ...