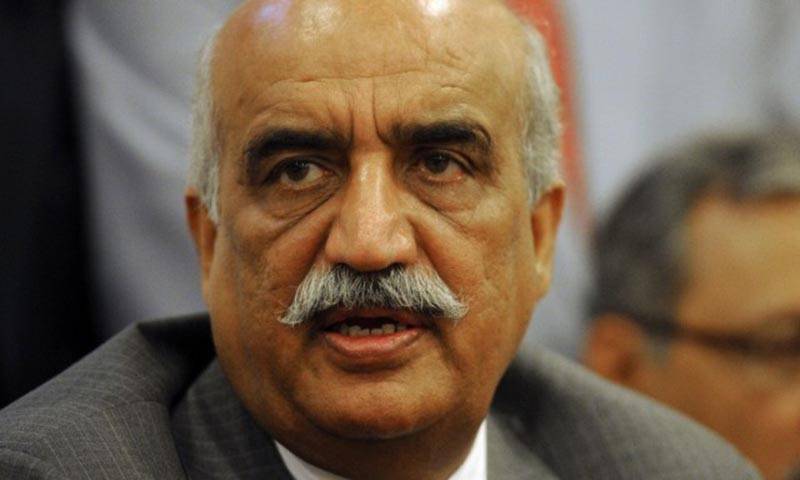 ISLAMABAD – The Accountability Court (AC) Sukkar has handed over PPP leader Khurshid Shah to the anti-graft bureau, NAB, on a 9-day physical remand in assets beyond known source of income case.

The anti-corruption watchdog, while making mention of the reasons behind arrest of Khurshid Shah, told the court that an inquiry was launched into assets beyond known source of income case but Khurshid Shah did not cooperate with NAB; therefore, he was arrested.

NAB prayed to the court that 15 days physical remand in respect of Khurshid Shah be approved so that the preliminary inquiry could move forward.

The defence counsel said Khurshid Shah was being subjected to political victimization, and the NAB had conducted had already launched an inquiry in 2014 under these charges. Under the orders of Sindh High Court (SHC), the counsel added, the case was abolished by NAB in 2014.

On this, the accountability judge sought documents regarding arrest of Khurshid Shah from NAB prosecutor. After a brief delay, the NAB team brought evidence about Khurshid Shah.

The court then rejected the NAB plea for granting 15 days remand, and handed over Khurshid Shah to the bureau on 9-day physical remand.

ISLAMABAD – An accountability court in Islamabad on Thursday fixed October 4 as the date of indictment for the money ...