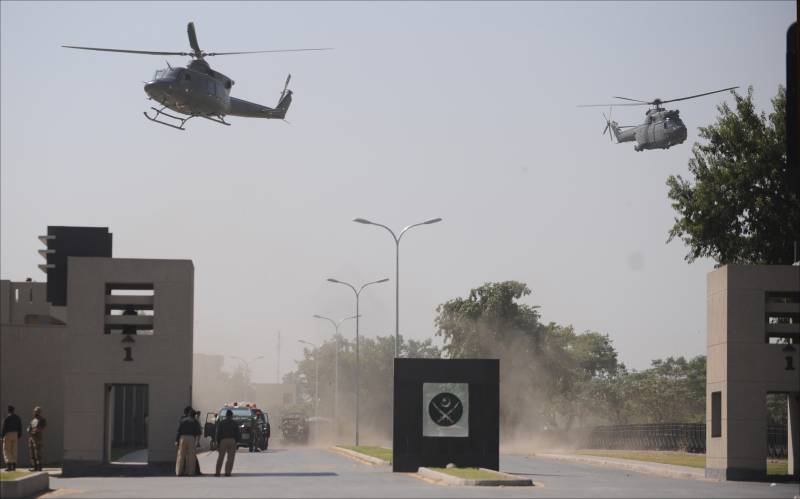 LAHORE (Staff Report) - While Pakistan Army's media wing Inter-Services Public Relations (ISPR) yet remains to confirm the reports of dismissal of some military officers over corruption charges, the number of condemned officials greatly varies in reports of different media outlets.

Some reports said that as many as 13 officials have been dismissed from military service, while others reported the number 12. Few news channels even said that 11 officers were terminated by the army chief, however Express News is of the view that number of the officers is 8.

Leading English daily, Dawn, has quoted unnamed intelligence officials as saying that number of dismissed officials being quoted in media reports is greatly exaggerated and real number of these officers is 6.

Meanwhile other reports also carry names of several other officers as well, three colonels and one major.

The officers named above served with the Frontier Corps (FC) Balochistan and have been charged for corruption during their service with the paramilitary force.

The development comes a day after the army chief said “across the board accountability is necessary for the solidarity, integrity and prosperity of Pakistan”.

On Tuesday, the army chief had said that the war against terror cannot be won unless “the menace of corruption is uprooted.”

The sacked officers were asked to return all earnings accumulated through corruption, while all perks and privileges had been withdrawn from the officers except their pensions.

The investigation was conducted by Adjutant Gen Zubair Mahmood Hayat and the army chief signed the orders.