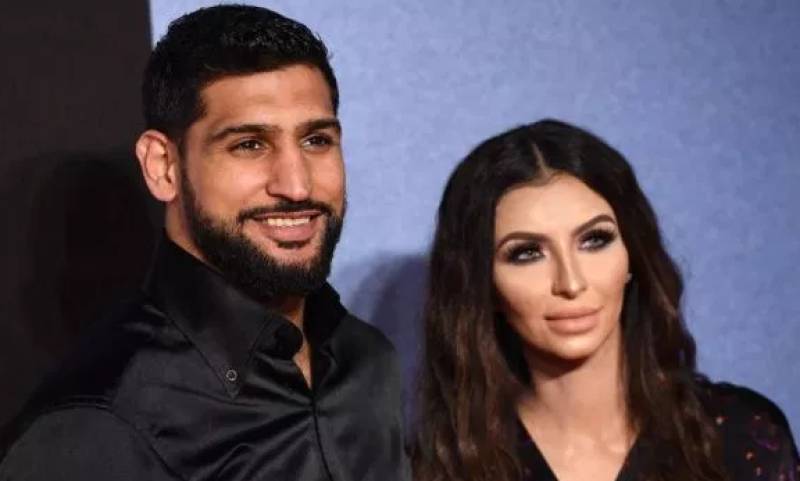 LONDON - British-Pakistani boxer Amir Khan and wife Faryal Makhroom revealed that they are expecting their third child and it’s a boy.

Taking to Instagram, the couple shared a sweet video with them standing on either side of a giant balloon. “Guys, we’re having our third child and we’re so excited and nervous at the same time. “He or she? What will baby Khan be?, ” Faryal said.

Amir added, “So I’m gonna punch the balloon to see what the gender is.”

To reveal the gender of baby number three, the boxer who was wearing gloves punched the balloon. As blue balloons and confetti rained down over them revealing it’s a boy, the model got emotional.

The duo who got married in 2013 has two daughters already—Lamaisah and Alayna.