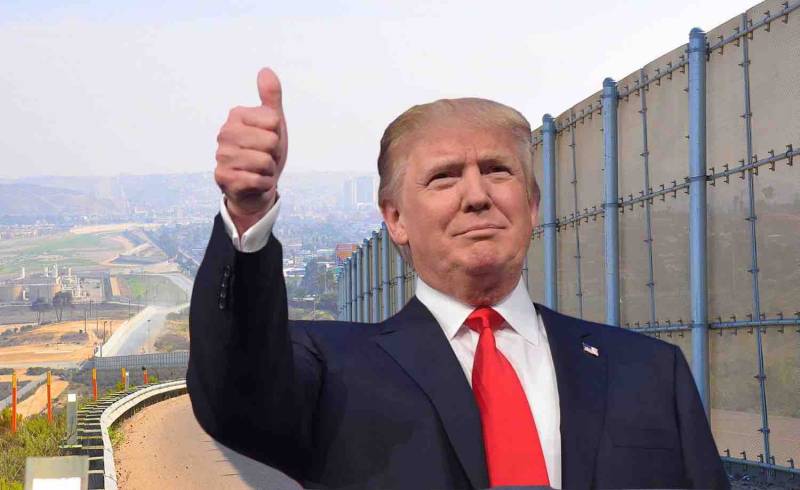 WASHINGTON - In an endorsement of rising racism in Donald Trump-led United States of America, a crowdfunding campaign dedicated to generating funds for the Mexico border wall is attracting huge sums of money from the citizens.

The campaign 'We The People Will Fund The Wall' was started by the United States Air Force member Brian Kolfage and the citizens are donating in droves, confirming that the vision of Trump is shared by his voters even to this day.

In his message, Kolfage has stated that if $80 are donated by 63 million people who voted for Trump, $5b can be collected.

Presenting his credentials that he has lost 3 limbs while being in a warzone, Kolfage enlists the support of countrymen for building up the wall, claiming that he had contacts with the Trump administration and had been regularly showing up on TV channels.

"Democrats are going to stall this project by every means possible and play political games to ensure President Trump doesn’t get his victor. They'd rather see President Trump fail, than see America succeed.  However, if we can fund a large portion of this wall, it will jumpstart things and will be less money Trump has to secure from our politicians," the war veteran said.

Kolfage highlighted that he was working with a law firm on a legal document that will bind the government to use the funds for the border wall itself, nothing else.

The campaign went viral as Mr. Trump appeared to back down from his threat to shut down the government unless Congress allocated $5 billion for the wall - the figure has been set as a benchmark by Kolfage.

WASHINGTON - Every US household would have to pay more than $100 for Donald Trump’s planned border wall if Mexico ...

Surprisingly, as much as $50,000 have been contributed by an anonymous citizen with others contributing in hundreds. Up till now, $14,044,020 have been generated and looking at the pace of contributions, it appears that the funds might be collected in a short span of time.

Building a wall along the southern border was one of Mr. Trump’s most repeated campaign promises and conservatives believe that if the promise is not fulfilled, Trump could lose a second term.

The House of Representatives on Thursday passed stopgap spending legislation with an additional $5.7 billion for wall construction, but the Senate has to give a go-ahead and Trump is finding it hard to woo the Democrats.

In a video message captioned 'Our Great Country Must Have Border Security'.

"We're going to have a shutdown. There's nothing we can do about that because we need the Democrats to give us their votes," he said in the message.