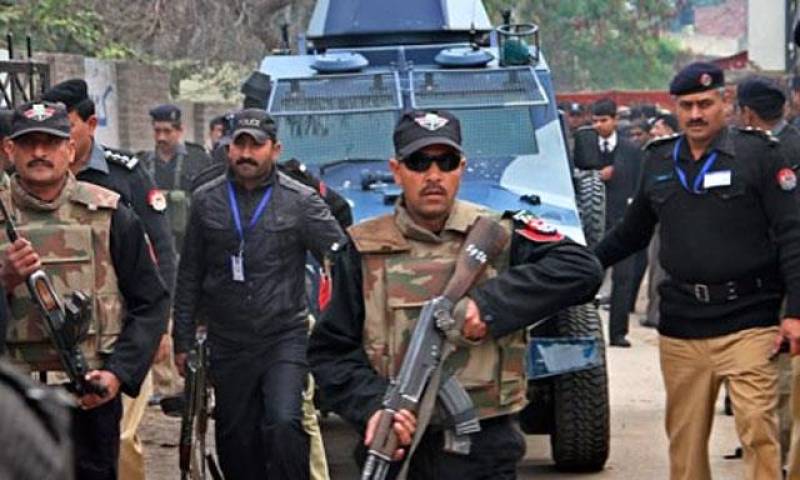 According to SSP Malir Rao Anwar, the suspected terrorists were gunned down during a raid on Bakrapeeri Road after a tip off regarding the presence of Gul Zaman, Ameer of proscribed outfit.

He said the terrorists were planning to carry out an act of terrorism in Karachi. The police recovered a laptop bomb among other weapons from the site.

The identities of the suspects have not been ascertained as yet. The law enforcement agencies have intensified the drive against militants in Karachi following the deadly blast at shrine of Lal Shahbaz Qalandar that claimed over 80 lives last week.

Search and combing operations have also gained pace around the country and LEAs are leaving no stone unturned to thwart terrorism and militancy.

Pakistan has already sealed the border with Afghanistan at Torkham and moved heavy artillery towards the Afghan border in a bid to thwart trespassing of miscreants.