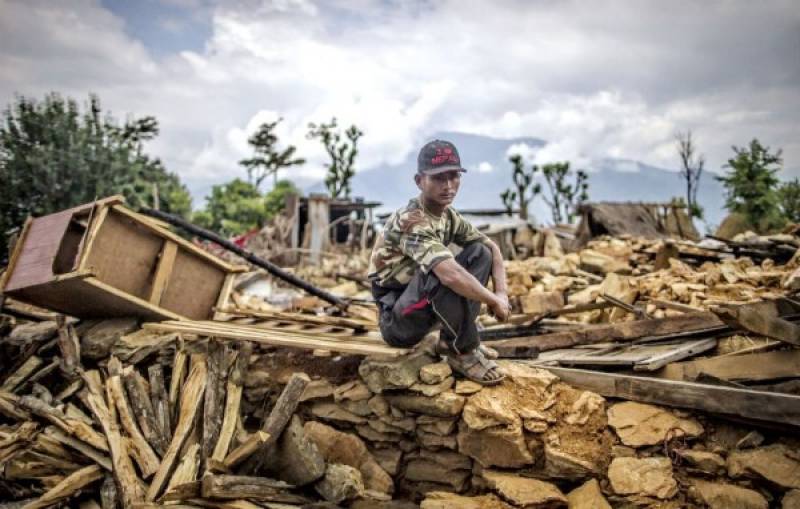 Handing out the award on Tuesday, Esri President Jack Dangermond said ICIMOD was recognised for its contribution to the disaster response efforts of the Nepali government in the aftermath of the recent earthquake in the country. 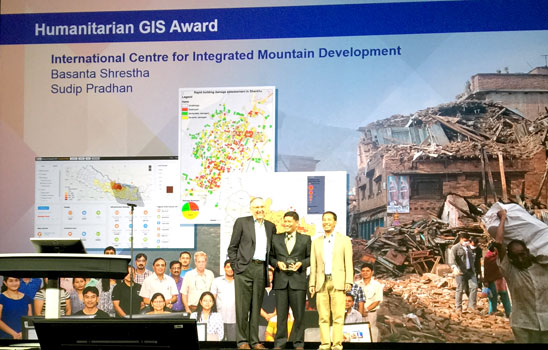 “ICIMOD’s resolve and tireless efforts in the face of such devastation truly inspire us. Their work has already had huge impact and they continue to drive relief and recovery efforts in Nepal,” said Dangermond.

On 25 April, a 7.8-magnitude earthquake struck Nepal. This was followed by a large 7.3-magnitude aftershock on 12 May. 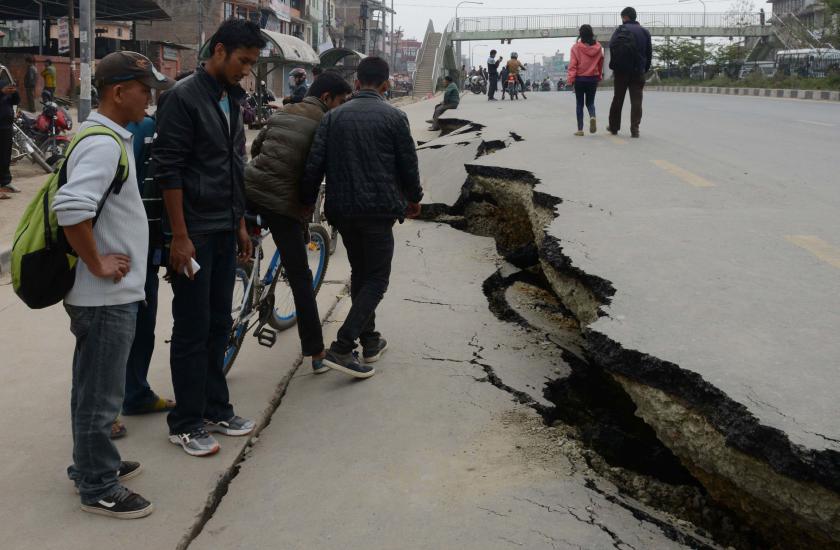 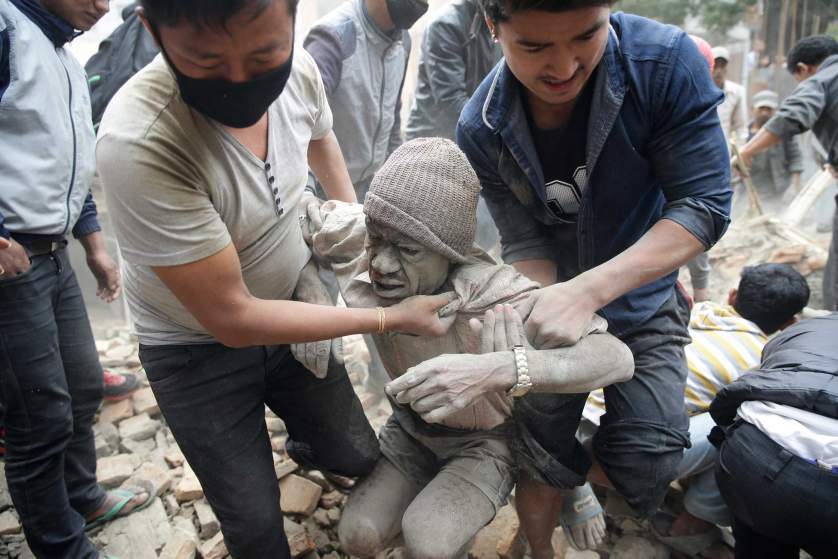 Given the huge demand for information from various quarters following the earthquake, ICIMOD immediately fielded special Task Forces on geo-hazards and geo-information to process and analyse satellite data to inform relief and recovery operations. 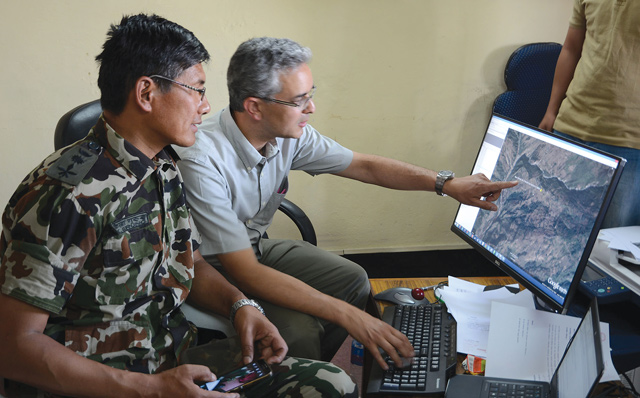 The Platform was formally integrated by the Ministry of Home Affairs as part of its own ‘Nepal DRR Portal’. The Platform acts as a unified information hub for use by regional and global partners including space agencies, UN organisations, donor agencies, academic and research organisations, relief organisations, local NGOs and civil society.

“Therefore, what we did was bring together an international coalition of relevant institutions to deliver that crucial and critical information to the Government of Nepal and others to inform relief and recovery efforts.”

The platform includes snapshots of key facts and figures at national, district, village development committee (VDC), municipality, and ward levels with interactive maps, charts, and infographics. The platform also features information on geo-hazards, including field data on landslides with 3D visualization and a near real-time incident reporting system. 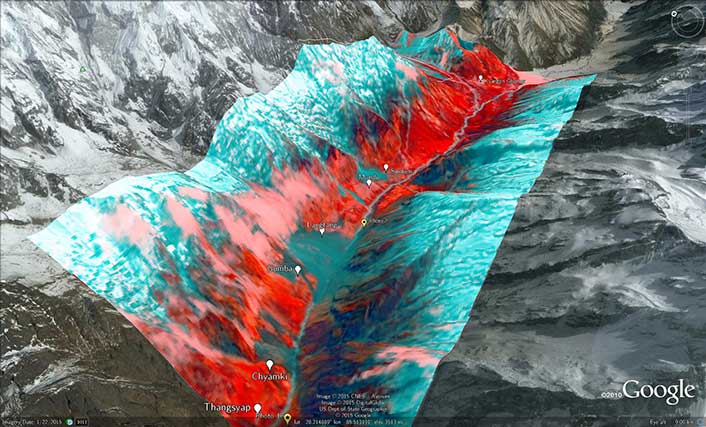 The platform provides overall information architecture to populate data and information from different geographic regions and thematic areas as they become available.

Among others, ICIMOD identified over 3,000 landslides and assembled a database of over 250 landslides and other large mass movements; conducted a special geo-hazards assessment of the Langtang Valley; examined the condition of Nepal’s most dangerous glacial lakes and provided an update of priority lakes; and assisted helicopter pilots flying rescue and relief sorties by providing crucial flight information to help them navigate unfamiliar terrain, identify destinations, map potential flight paths, and plan appropriate landing sites using satellite remote sensing and GIS data information.

“The need of the hour was the delivery of timely, credible, and actionable data and information to support relief and recovery operations,” said Basanta Shrestha, ICIMOD’s Director of Strategic Cooperation, who led the disaster response and received the Award on ICIMOD’s behalf.

“Our foremost intervention was to support the Nepali government in coordinating disaster response efforts so that it could efficiently deploy resources to the affected communities; and the platform we developed is seen as a single-window gateway for information resources to support reconstruction and rehabilitation efforts.”

In collaboration with Nepal’s National Planning Commission, ICIMOD developed the ‘Strategic Framework for Resilient Livelihoods in Earthquake-Affected Areas of Nepal’ - a document that explores a range of strategic choices and options for developing resilient livelihoods. The framework offers a roadmap to restore, revive, and revitalise livelihoods and the country’s economy.

Director General Dr David Molden said the award not only recognises the work of ICIMOD, but also that of several partners around the world who supported ICIMOD in its response to the Nepali government.