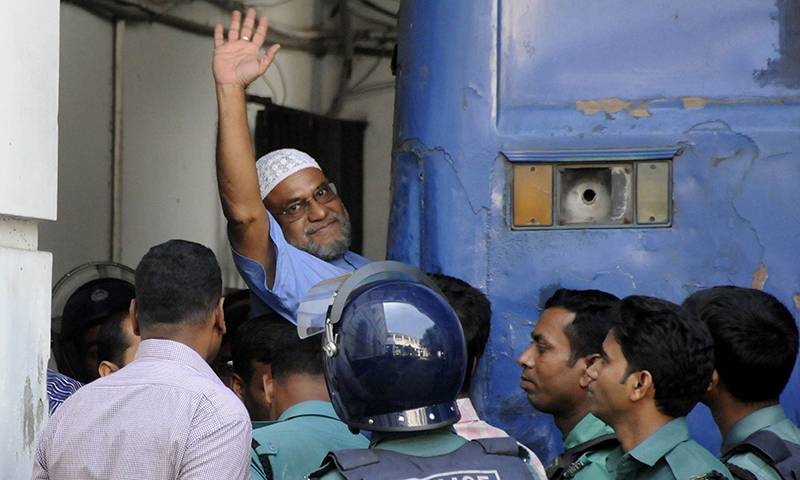 DHAKA (Web Desk) - Bangladesh's top court has rejected a final appeal by a leader of Jamaat-i-Islami party against execution for crimes committed in the 1971 war of independence.

In March, the Supreme Court had upheld the death penalty for Mir Quasem Ali, 63, a media tycoon and key financier of Jamaat, for murder, confinement, torture and incitement to religious hatred during the war to leave Pakistan.

"Now it is only a matter of time to execute the verdict, unless he seeks clemency from the president," Attorney General Mahbubey Alam told reporters after a panel of five judges headed by Chief Justice Surendra Kumar Sinha rejected the appeal.

Five opposition leaders including four leading Islamists have already been executed for war crimes since 2013. They were all hanged just days after their appeals were rejected by the Supreme Court.

Their families said they had refused to seek a presidential pardon as they did not want to legitimise the whole trials process.

Ali, who became a shipping and real estate tycoon, was convicted in November 2014 of a series of crimes during Bangladesh's war of separation from Pakistan, including the abduction and murder of a young independence fighter.

Tuesday's decision is considered a major blow for the Jamaat-e-Islami party, which the 63-year-old Ali had helped revive by setting up charities, businesses and trusts linked to it after it was allowed to operate in the late 1970s.