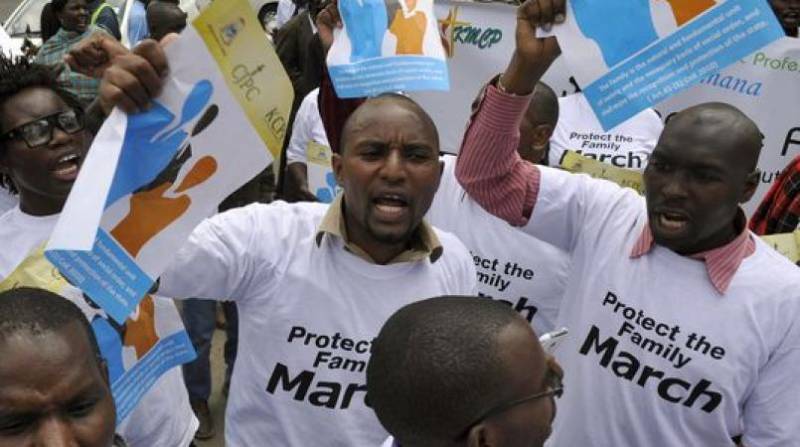 NAIROBI (Web Desk) - An anti-gay political party in Kenya plans to protest against US President Barack Obama by greeting him with 5,000 "totally naked" protesters for his "open and aggressive support for homosexuality."

The Republican Liberty Party's "main objective is for him to see and understand the difference between a man and woman," according to a party statement.

The protests will take place Wednesday and Thursday in Nairobi's Freedom Corner within the Uhuru Park starting, reported UPI.

Homosexual acts are illegal in Kenya and can be punishable by up to 14 years imprisonment.

Anti-gay groups have warned Obama to avoid the subject of gay rights, but he will not heed that warning or ignore the issue, according to the White House.