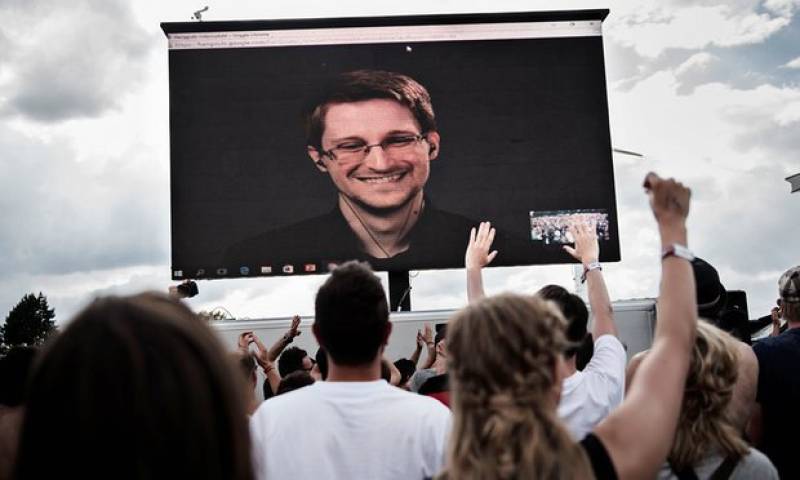 MASSACHUSETTS - Former NSA contractor Edward Snowden, who shocked the whole world a few years ago by revealing the US security agencies' secret surveillance program, and IT expert Andrew Bunnie Huang have designed a phone case - called an 'introspection engine' - that will warn users if their phones are being tapped.

Addressing an event at the Massachusetts Institute of Technology (MIT) via video link, Snowden said that by using radio transmissions to silently turn on phone microphones or cameras, smartphones could still be monitored by government and 'third parties', even when they were switched off or in airplane mode.

The 'introspection engine' case connects to the two antennas in the phone through the sim card slot, and alerts the owner if any cellular, Bluetooth or WiFi signals were being transmitted even after being turned off. The case also provides an extra battery for Iphones and a cover for the rear-end camera.

The design could be upgraded to become a 'kill switch' which will cut the power supply to the phone if the device is still transmitting signals even after the owner has turned it off.

The case is still in the design phase, however, observers are confident that a prototype will be released soon.

Ex-NSA systems analyst Edward Snowden is the whistler blower who leaked the truth behind UK and USA's surveillance program in June 2013.

Another report, based on his revelations, later revealed that the NSA had tapped directly into 9 internet firms including Google, Facebook, Microsoft and Yahoo to keep track of online communications under a surveillance operation called Prism.

He currently resides in Russia on political asylum.

TECNO to launch its first-ever Gimbal phone in Pakistan