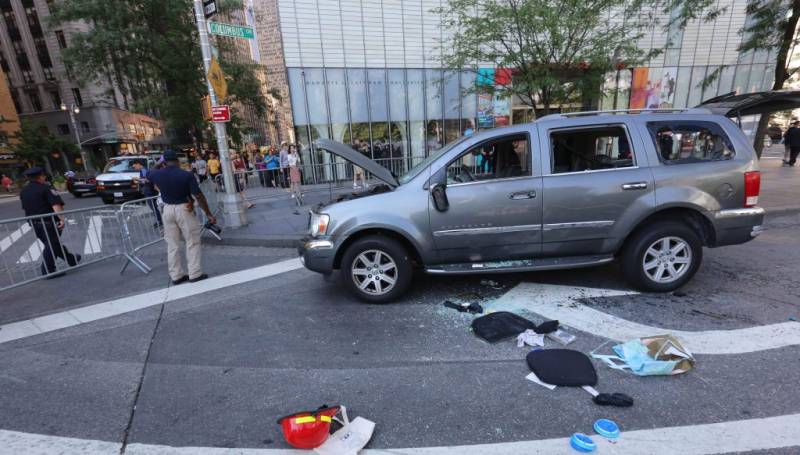 NEW YORK - A man who thew a fake bomb at police near Times Square on Thursday has finally been arrested after an six-hour standoff. According to media reports, the attacker was undergoing psychiatric evaluation at the time of the incident.

The culprit, 52-year-old Hector Meneses, gave up at about 8 a.m. after forcing the policeman in pursuit of him to shut down Columbus Circle, a busy shopping area.

Footage has been released showing the moment that Hector Meneses, 52, of Queens, threw a suspicious device into a police car near Times Square around midnight.

Video of the suspect throwing a hoax device into a police car last night in Times Square. @NYPDMTN pic.twitter.com/rvFrgQ98VP

Meneses, who wore a red plastic helmet, was accused of lobbing a makeshift device into a police van in tourist-packed Times Square on Wednesday and then fleeing the scene.

At about 2 a.m, police spotted his vehicle in the Columbus Circle area. The man barricaded himself inside and said he had explosives inside the car. Police from a hostage team negotiated with him for about six hours.

Police said in a statement that no explosives were found in Meneses' car or on his person. The bomb squad determined the device in his car was a hoax.

Meneses is accused of first-degree reckless endangerment, resisting arrest, first-degree false reporting of an incident and other charges.