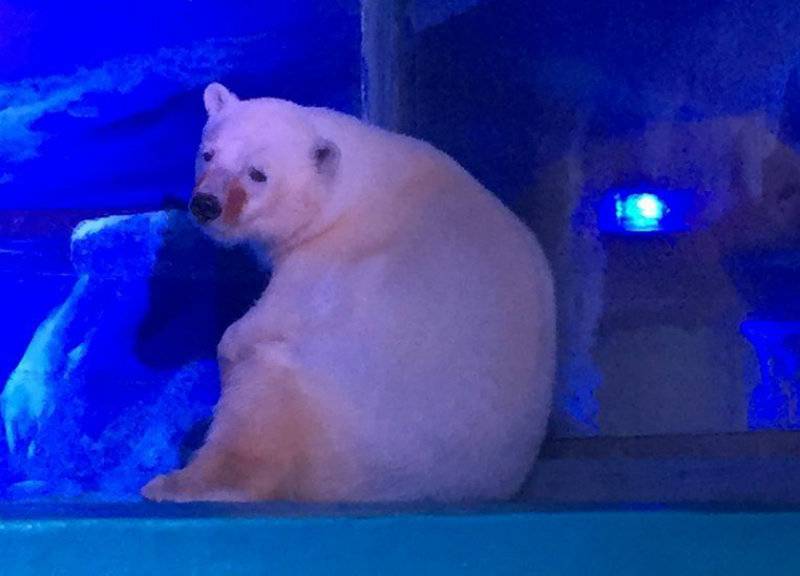 BEIJING (Web Desk) - Animal welfare campaigners are trying to free a polar bear that is being kept in appalling conditions at a shopping center in China.

The bear is called Pizza and has been dubbed the "world's saddest polar bear" after videos emerged of him slumped on the floor of his enclosure.

Nearly 400,000 people have signed a petition to close the "ocean theme park" at the Grandview Center in Guangzhou.

The charity says the aquarium's owners have made "no attempt to create an environment that would meet the needs of any living bear" when it opened in January.

It also claims Pizza is living in cramped conditions with "nothing natural".

Responding to these allegations, the owners insist they have made improvements because of the petition. They also claim to have asked Animals Asia about how they can make the animals' lives better.