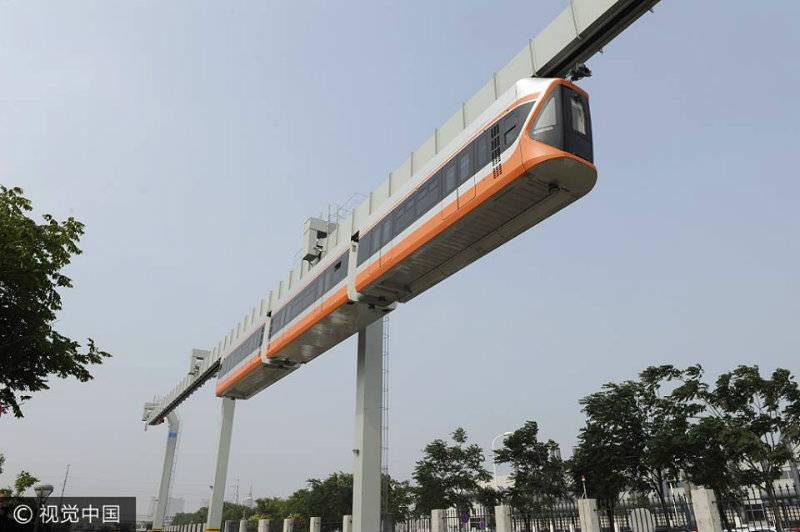 QINGDAO, Shandong - An overhead monorail train has been put into trial operation in eastern China, the CGTN reports.

The 'Skytrain', which is undergoing trial operation in Qingdao City in Shandong province, has a maximum speed of 70 kilometers per hour, the fastest of its kind in China. 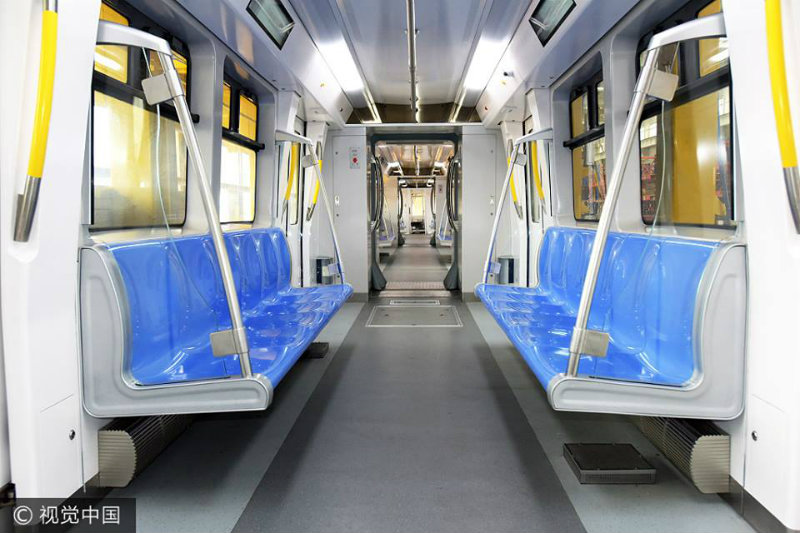 The train comes with either three or five coaches, with a passenger capacity of 300 and 510 people, respectively.

At a price just one-third that of an underground subway, such trains can reduce the costs of building transportation infrastructure.

The track right above the train is integrated with the “legs” of the train, which protects it from the impacts of bad weather and saves it from the danger of derailment. 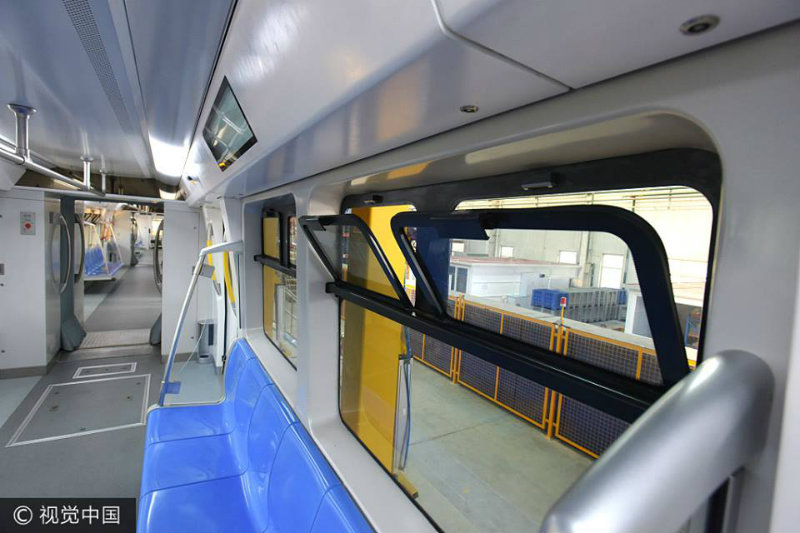 Security devices including surveillance system and battery rescue are set to make sure passengers escape quickly and safely in the case of an accident. 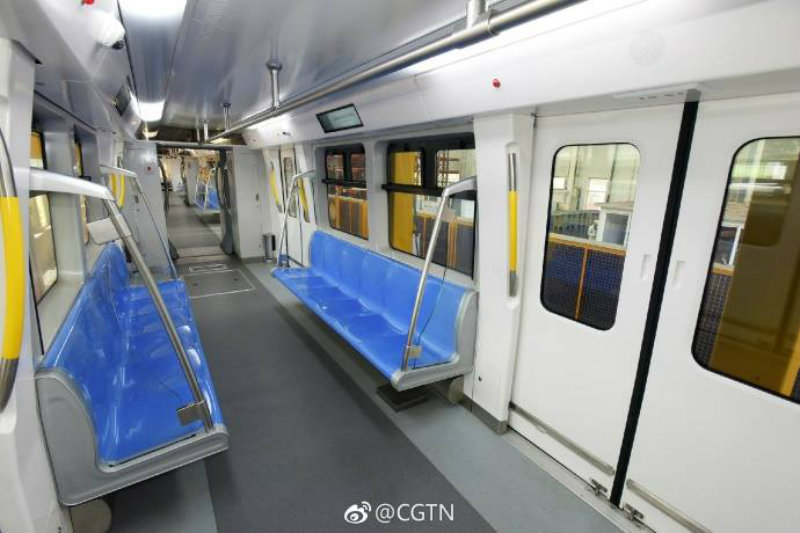 Apart from its advantage for sightseeing, the suspension also rules out interference with ground transportation.

As the railway lines are suspended 5 meters above the ground, the sky train is also expected to be an answer to traffic congestion in some of China's densely populated cities, Liu Yuwen told. 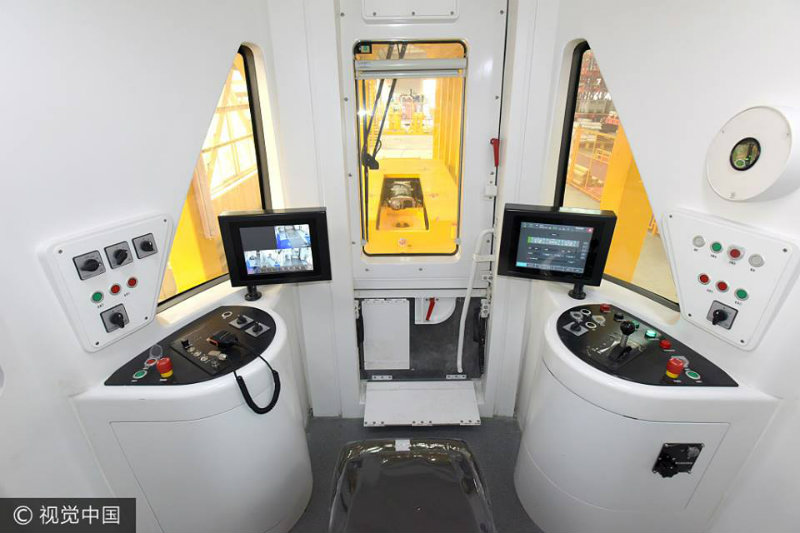 The climbing capacity of suspended monorail is said to be three times more powerful than subways, which makes it extremely suitable for steep terrains and can ascend gradients of 100 meters over a distance of 1000 meters.